​If reports are to be believed, then Arsenal are locked in talks with Inter over the possibility of bringing Croatia World Cup finalist Ivan Perisic to the Emirates Stadium this window.

Arsenal have been blighted with injuries this season and, while their defence has taken a beating in recent weeks, the club have been short in quality out-and-out wingers. Danny Welbeck, albeit naturally a striker, has spent much of his Gunners' career on the left wing. However, he was ruled out for the season in early November after breaking his ankle.

That news followed with another wide player, Henrikh Mkhitaryan, fracturing his metatarsal last month and not due back until February, leaving Unai Emery's side short in an attacking sense.

With the news of an offer for Inter's ​Perisic on the table, the move for an unquestionably talented player, who is eager make the switch from Milan, on the surface appears foolproof. However, is it the right move for Arsenal, especially at the fee discussed? I believe not.

It's no secret that ​Arsenal are lacking in the wide department this season. Yes, Alex Iwobi has clearly improved under Unai Emery this season, showcasing a deeper sense of desire and willingness, however, no amount of dedication and perseverance can make up for a return of just two goals and four ​Premier League assists. Prior to his injury, Mkhitaryan had chipped in with four goals and an assist, yet still left Arsenal fans unconvinced, with the Armenian a shadow of the player who excelled at Borussia Dortmund.

Next in line is the club's top scorer, ​Pierre-Emerick Aubameyang. The Gabonese forward has played his career primarily as a lone striker, but in an almost reverse Thierry Henry, has become a potent player for Arsenal on the left wing this season. Now, Perisic will be rubbing his hands at the prospect of making his way into the starting lineup, feeling he is far superior than the natural wingers Emery has at his disposal. And, to be fair, he's not wrong.

If you added Perisic to the Gunners' squad and asked supporters to choose their best lineup, they'd be foolish not to include him due to the quality he possesses. That said, where do you play him? The Croatian is excellent with both feet, yet has spent almost his entire career operating down the left flank. However, placing the former Werder Bremen player on the left would require an entire rethink of the Arsenal starting lineup.

Recently, Emery has opted for Aubameyang on the left wing and ​Alexandre Lacazette up front in a 4-2-3-1 formation. In an attacking sense, the system has worked as when Lacazette drops deep to link up play, Aubameyang has licence to play further up the field, or drift in from his wider role. Should Perisic take the left wing slot in place of Aubameyang, the balance could work, yet Emery would be foolish to leave out his club's top scorer.

Aubameyang played on the right wing in the recent FA Cup loss to ​Manchester United, yet in that game, Iwobi was on the left to provide the balance with his defensive work rate, as Perisic isn't renowned for his defensive work. Also, should Emery opt for a 3-4-3 formation, one of either Perisic or Aubameyang would need to play on the right, as neither can fill in at wing-back, something neither player is especially accustomed to.

Ivan Perisic would be a great signing for Arsenal. Imagine him, Aubameyang, Lacazette and Özil all the on the pitch together - hands on their hips after we’ve just conceded another goal because our defence is still sh*t!

Secondly, while Perisic may seem a great 'quick fix' for Arsenal at the moment, ​the rumoured £35m fee they would have to part with at the end of the season appears astronomical for a player who turns 30 in less than a week's time. The deal reeks of desperation on the Gunners' part. They seem hopeful that the 29-year-old could reinvigorate the north London side and earn them a top four spot, yet should it fail, they could be left with an overpriced and ageing winger. A move that could also have an effect on Reiss Nelson, who is due back at the Emirates after his loan spell at Hoffenheim finishes in the summer.

The football world is cruel, 30 may be young, yet it hints at a player coming towards the tail end of their careers, and while in the case of ​Cristiano Ronaldo, large sums can be justified, Perisic is currently having a sub-par season at ​Inter. Three goals and two assists in 18 ​Serie A appearances is a poor return for a player who scored and assisted 11 in the two seasons prior at San Siro. Furthermore, h 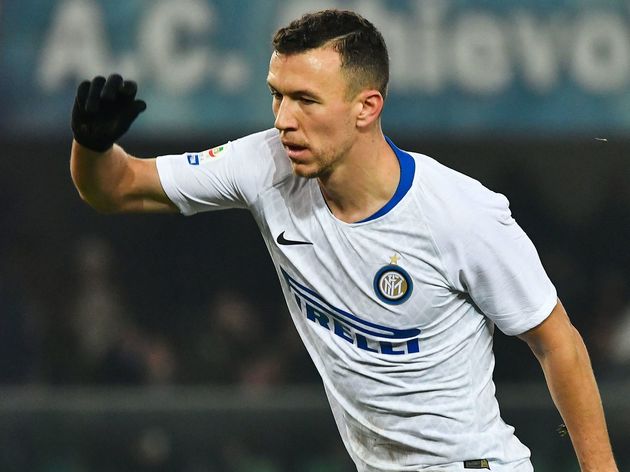 The moves for players such as Ever Banega (30), Gary Cahill (33) and Perisic don't come across as Sven Mislintat signings.