Mario Lemina will move to the club who offers him the most lucrative financial package this summer, 90min understands, leaving Manchester United ahead of Arsenal in pursuit of the midfielder.

United were reported on Tuesday to have been ​granted permission by Southampton to speak to the Gabonese international, though the Gunners are interested in him too because of the £18m to £20m fee he's likely to be sold for - a relative bargain in the current market. Lemina currently earns £65,000-a-week at Southampton. 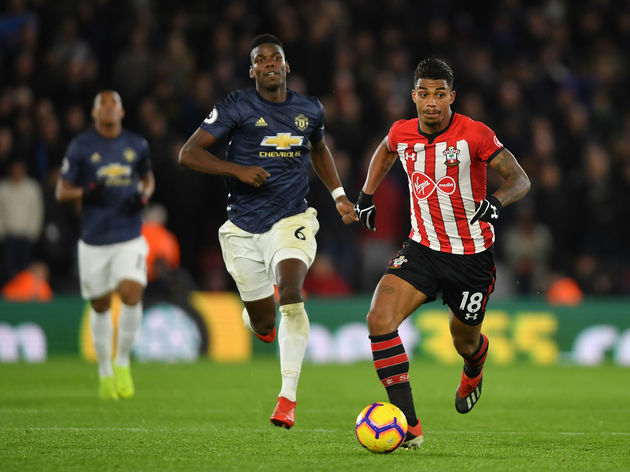 His preference to find the best deal for him is going to give United the advantage over Arsenal in their pursuit because of the financial restrictions the Gunners have placed on themselves this summer - they are operating with a budget of just £45m and have a number of high earners they will need to offload first in order to compete.

25-year-old Lemina arrived on the south coast two summers ago from Italian champions Juventus, and has made 52 appearances for the club in all competitions to date, scoring twice. He has made it clear in a series of interviews recently that his intention is to leave the club, and reaffirmed the news in a fresh and open discussion with ​France Football most recently.

In the interview, Lemina expressed that he informed Southampton upon joining the club that he saw them as something of a stepping stone to a bigger project, and that he confirmed as far back as a year ago that he would be leaving the club for a new challenge at this point. The club has obliged, made him available for sale and left him out of their pre-season tour party.

He admitted that everything has been cleared with coach Ralph Hasenhüttl, and that he is free to leave. "I did not accompany the team in training in agreement with the coach," Lemina said. "He wants to build his group with the players who want to stay at the club, so he left me out. As early as last year, I had set my conditions, I wanted to go elsewhere this summer.

"I had just decided to go to Southampton for two years, and see if I could take another step. We had agreed with the sports director. I do not want to go further with Southampton. I prefer that we stay on good terms, faithful to what we said.

“I’m not afraid, I made a choice and I take it to the end. I stand by my plan, I decided to tell the leaders that I wanted to leave, there is no turning back. There is a risk, of course, but I know what I’m capable of, I’m 100% and I’m going to prove that I can get back to my best [following a sports hernia injury]. Some clubs may be more cautious, but they already know me."

While Lemina failed to mention his likely next destination, he revealed his reasons behind joining Southampton in the first place and that ​Champions League football would not be a necessity in his choice of where he goes next.

“I aspire to play in the biggest clubs, now we will see what is proposed," he added. "I had chosen to leave Juventus for ​Southampton to have more playing time, I got it. I made a good impression in England, I had good returns at a certain time, so I hope clubs will not have a short memory.

"[Champions League football is] a bonus. If I have the opportunity to play this season, why not, but I’m really trying to regain consistency, become an important player in a team with high goals. I need to play! That’s really my priority. I want to show everyone what I can do."