Why Mesut Ozil Must Start for Arsenal Against Wolves

​You would have to be a pretty die-hard Tottenham fan not to have enjoyed some of what Mesut Ozil did against Liverpool on Wednesday night.

The German ran the show at Anfield, chipping away at whatever reasons Unai Emery had left for seemingly freezing him out one through-ball at a time.

In recent times, the chant of "We've got Ozil, Mesut Ozil, I just don't think you understand" has rung out emphatically across the Emirates, as it seems Emery is the only one left who doesn't get it. 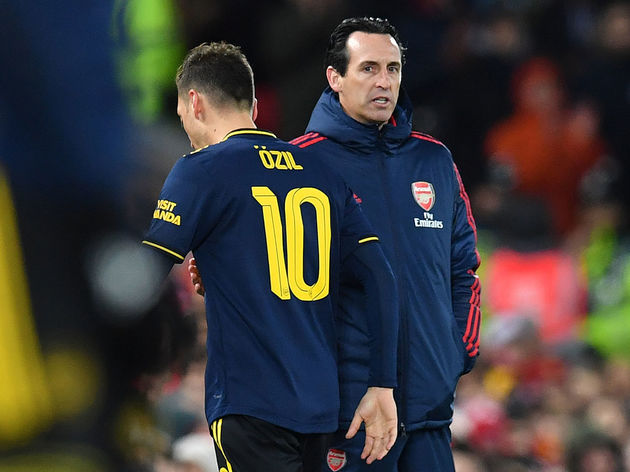 Before the ​Liverpool game, only Granit Xhaka (47) had created more chances than the 31-year-old (46) in the league under Emery. When you factor in that Xhaka had played 1,400 minutes more than his team mate, that stat is even more damning for the former Paris Saint-Germain coach.

Wednesday night's performance wouldn't have helped those trying to defend his decision to have fielded the World Cup winner for just 207 minutes this season either, as Ozil registered a pass completion rate of 94.4%.

While it was a severely under-strength Liverpool side that ​Arsenal were up against, Ozil's performance has seen many ​ex-Arsenal players joining the fans in piling the pressure on Emery to start him in the Gunners game against Wolves this Saturday.

Finding space. Total composure in the final third. Clear chances being created. So much of what we need!!!!!!  Fantastic tonight Mes. pic.twitter.com/nqopDO5Cof

With the world-class strike force the Gunners possess it's easy to see why. Balon d'Or nominee Pierre-Emerick Aubameyang, record signing Nicolas Pépé and Alexandre Lacazette have been woefully underserved in recent matches, and before Wednesday five of Arsenal's last six goals had come from set pieces.

With those three up front, it seems made for Mesut Ozil to come in and play the quarterback role, providing them with the chances that they will inevitably put away.

After the Gunners' eventual loss on penalties, Ozil took to social media to resume the bizarre Cold War between him and his manager, seemingly dropping a hint that he was expecting to play on Saturday by ending his tweet with "Focus on Wolverhampton now".

Crazy and incredible match.  Losing on penalties is always tough, but definitely some positive things to take away from Anfield Road tonight. Thanks for the away support! ❤ Focus on Wolverhampton now! ⚽ #M1Ö #COYG #YaGunnersYa @Arsenal pic.twitter.com/vIQdoF4T8J

Unai Emery has got a lot of things wrong in his brief tenure as Arsenal boss.

The ​Granit Xhaka situation that has dominated Arsenal media coverage all week was at least in part down to his hesitation in announcing the Swiss international as his captain, while the Gunners still look defensively meagre, and poor away from home.

For the sake of his job, the Mesut Ozil saga had better not be another one to add to that list.