As we approach the final stages of the Premier League season, the main discussion amongst Arsenal supporters is whether the appointment of Unai Emery has proven to be successful.

Nearly a year after the Gunners' board appointed the experienced manager, it seems like the vast majority of the Arsenal supporters are backing the decision and are pleased with the main changed the Spanish manager has tried to imbed into the club.

The 47-year-old gaffer's football philosophy has rested on the foundations that enabled him to win the European Coach of the Season award in the 2013/14 season. 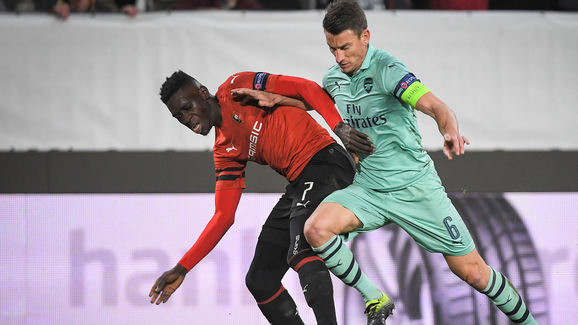 He is an extraordinary motivator who highlights the importance of positioning and balance on the pitch with or without the ball, alongside meticulous attention to detail in preparation for every game. One of his former players even went as far to say: “Emery put on so many videos I ran out of popcorn.”

In the past, ​Arsenal have been criticised for only securing fourth place, however Emery - who has won three Europa League titles in a row during his spell as the manager of Seville - is fully aware that supporters acknowledge and remember trophies, even if they may generate less interest and revenue than Champions League football.

It seems like Emery's football vision that focuses on attacking, intensity, healthy competition and strong team spirit was welcomed by both players and fans at the Emirates. Football is a game that's built on emotions, and based on Emery's reactions and body language in the dugout you can see how he's able to bring a fresh passionate spirit that lifted Arsenal supporters from the funk of Arsene Wenger's last years with the Gunners.

Following Wenger's long spell as the leader of the club and the complicated relationship he had with the people in the stands towards the end of his managerial reign at the club, Arsenal needed a professional, experienced manager that would be able to adapt to the challenges that top flight football in England has to offer. 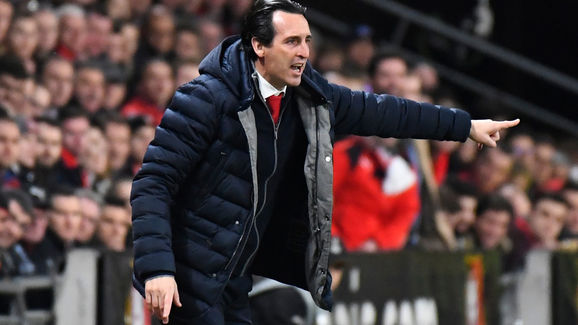 The international experience that Emery gained during his management journey across Europe has helped him win his players' trust and apply his leadership. Before arriving at the famous N17 north London postcode, Emery had managerial spells at Valencia, Spartak Moscow, Seville and Paris Saint-Germain, however his main challenge once he took the coaching role with Arsenal was re-building the faith between the fans and the club, that reached an extremely low point under Wenger.

A relatively early exit from the FA cup after a home defeat to ​Manchester United at the end of January means that Emery is now able to focus on Arsenal's top two targets this season: securing one of the top four spot in the ​Premier League and winning the Europa League. Achieving any of these main objectives will see the club return once again to the biggest stage in European Football, the Champions League, after two seasons absence. 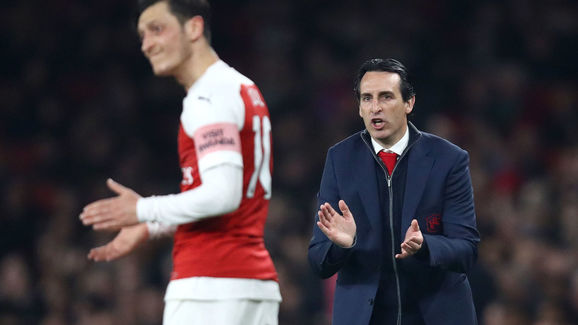 Arsenal suffered an embarrassing defeat in France on Thursday night against Rennes in their first leg of the round of 16 stage of the Europa League, but the team will need to recover quickly for their next challenge this coming Sunday afternoon, as they host Ole Gunnar Solskjaer's Red Devils in a direct encounter for one of the top four positions.

The upcoming fixtures will determine and measure the true impact Emery had so far this season on the club, and whether the fans could truly label this campaign as a success under their first new manager in 22 years.