​The wife of Chelsea winger Willian has hinted that the Brazilian's time at Stamford Bridge could soon be coming to an end.

Willian's current contract is set to expire at the end of the season, and despite his public pleas that he wants to remain at Chelsea, contract talks have yielded very little results as of yet.

​Willian started for his side in Sunday's meeting with ​Everton, and his wife, Vanessa Martins, went to Stamford Bridge to see him. She posted a video on Instagram (via ESPN's ​Joao Castelo-Branco) of her journey to the stadium, in which she had some fairly interesting things to say.

"Going to game, not been easy, days are numbered," she said. "But God is marvellous, good things on the way."

Martins then turned to her daughter to ask whether she enjoyed living in London, which was met with a resounding 'yes'.

Well, that certainly suggests that Willian might be on his way out. He is said to have ​rejected Chelsea's latest offer of a new two-year contract, with the Brazilian himself holding out for a three-year deal. Sides from London are rumoured to be keen on Willian, who has repeatedly stated his desire to remain in the English capital. ​Tottenham Hotspur have been heavily linked, but Castelo-Branco seems to believe that ​Arsenal could be leading the race for his signature.

Why? Because his family are wearing red clothes. Obviously.

The idea of his family colour-coordinating a statement about his future certainly seems a little far-fetched. I mean, I'm wearing a claret shirt right now, but that doesn't mean I'm signing for ​West Ham. 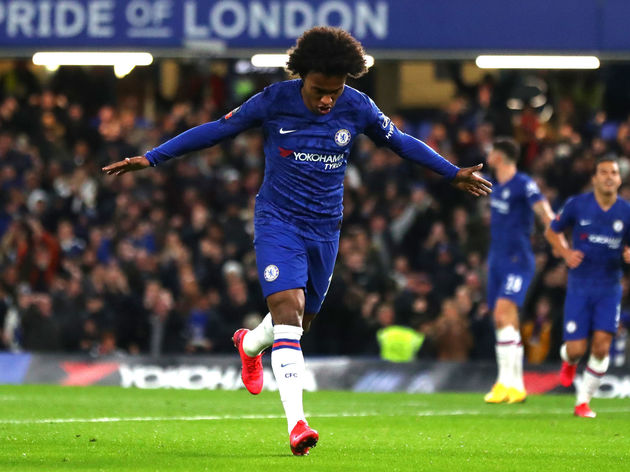 Castelo-Branco goes on to state that he has spoken to Willian's representatives, who have insisted that no such deal has been agreed and the winger is still mulling over offers from all over Europe, which sounds more like it.

Having said that, it looks like Willian's determination to earn a three-year deal could be his downfall. ​Chelsea don't even like offering players over 30 two-year contracts, but their willingness to do that for him has seemingly got them nowhere.