Wilshere out for three months 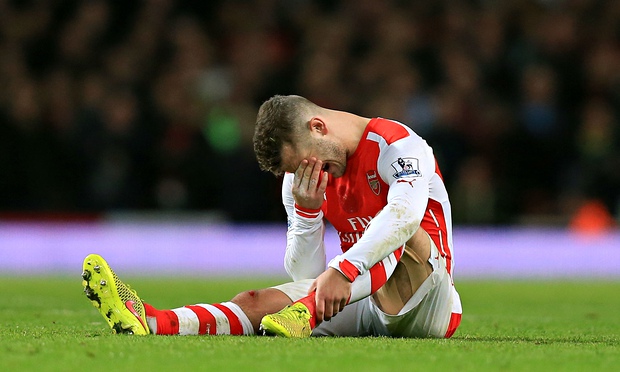 Wilshere has a hairline fracture of the left tibula, and the club are to send him for an op which will take him three months to recover from.

Questions are again being asked about Arsenal's training methods and rehabilitation procedures - Danny Welbeck is also on the long-term injured list.

Wilshere is also a key member of Hodgson’s England squad, but he's been dogged by a series of injuries throughout his career.

Hhe missed more than five months of last season after injuring his ankle but returned in May for the FA Cup Final and also to score twice in England’s Euro 2016 qualifier away to Slovenia before suffering his latest injury in training.