10 Big-Name Players That Arsenal Tried But Failed to Sign

​One of the most frustrating things you can endure as a supporter is hearing your side came this close to signing this player, then seeing them go on to achieve greatness elsewhere.

In the case of Arsenal, Arsene Wenger loved name dropping as much as DJ Khaled during his time in charge, constantly reminding fans about how they came within a whisker of signing so-and-so before they were big names in the football world. “He’s got pace, power, balance, distribution and he’s good in the air. 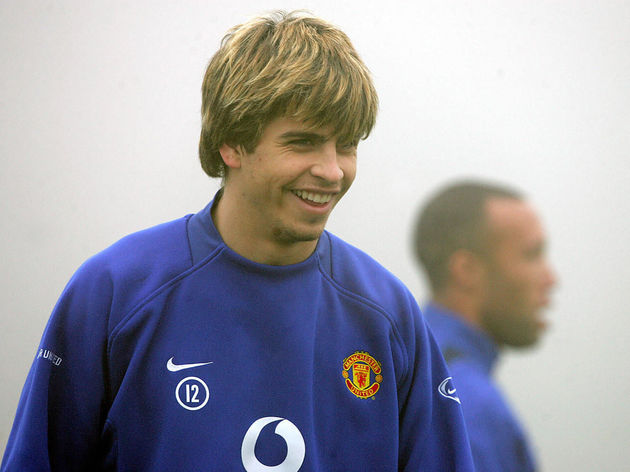 It's the summer of 2009, Gareth Barry is Rafael Benitez's first-choice signing (?!?) and it looks as if Xabi Alonso will be leaving. Regularly phoning close pal Fabregas and 'begging' to join the north London side, the Spaniard even headed to London to secure a £15m move.

Somewhere in the middle of all this, there is a hiccup. Not only does Alonso end up going to Madrid, but Barry doesn't go to Anfield and the Gunners miss out.

They did sign Mikel Arteta, but Alonso? I know who I'd have picked at the time. One of the best defensive prospects in Europe available at a snip for £5m? Well, you'd be a fool not to, right?

Unless you find that fee too high, in which case it's better to persist with the mediocrity that has plagued that position at Arsenal for an excruciatingly long period of time.

Yeah, Wenger didn't fancy it. Hamburg did, then Manchester City did, and it all turned out pretty rosy for the Belgian and his employers after that.

Sticking with the ​City theme, one of the more memorable failings in Arsenal transfer policy history was a lack of patience with those troublesome work permits.

Actually taking part in a trial at the club against Barnet in 2003, the lack of urgency on the Gunners' part to seal a work permit had Yaya Toure second-guessing the club's faith in him.

He opted to leave the side he was with, Beveren, and join the mighty Metalurh Donetsk instead.

He could have been the Patrick Vieira successor. No matter how tired we've grown of Zlatan's pigheadedness, it was the striker's supreme confidence and arrogance that proved to be Arsenal's undoing back in 2000.

A £3m deal was agreed with Malmö FF to sign the promising forward, but after Wenger asked Zlatan to Totally convinced that ​Luis Suarez had a ​Liverpool Here we go. If the above weren't enough to send shivers down the spines of the club's fans, the following two certainly will.

Before United had swooped in and convinced him of the project at Old Trafford, ​Cristiano Ronaldo had been shown around Arsenal by Wenger, who even went as far as handing the five-time Ballon d'Or winner his own shirt, completed with name on the back.

"But in the end it was a question of the transfer fee between the two clubs," Wenger painfully ​admitted.

Which is a ludicrous claim when you consider he only cost roughly £12m. That summer, Arsenal bought Jose Antonio Reyes for £18m. They did go that season unbeaten, mind you, and Reyes played his part, so at least there was some consolation. Completing our trip down dreary lane is another one of the greatest players ever to have lived. Part of the aforementioned trio that included Fabregas and Pique was the Argentine star, although it was just a step too far for the Gunners. As we've seen with oh-so-many others.

Wenger confessed his interest and attempted move a few years after the deal never materialised, but conceded that ​Lionel Messi was 'untouchable' at the time.

It would be foolish to suggest that he'd have enjoyed a Thierry Henry-esque stint at Highbury, but for the few years that they could have held onto him, who knows what the club could have achieved.