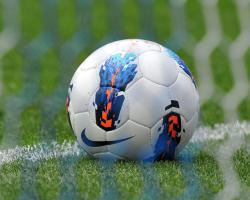 The investigative team, with officers from the Sexual Offences, Exploitation and Child Abuse Command, said on Monday they have received 255 separate allegations of historical sexual abuse

It is understood all five of London's Premier League teams - Arsenal, Chelsea, Tottenham Hotspur, Crystal Palace and West Ham - are involved in the investigation

A spokesman for the Metropolitan Police said: "The allegations are connected with individuals at 77 named clubs or teams

"The breakdown for those clubs is: f ive in the Premiership (Premier League), t hree against Championship clubs, t hree against clubs in Leagues One and Two and t here have also been 66 other named clubs which would include non-league or non-professional or amateur teams."

Detective Chief Superintendent Ivan Balhatchet, of the Sexual Offences, Exploitation and Child Abuse Command, said: "The Met take all allegations seriously, and specialist officers will work through the information passed to them.

"Anyone who has been the victim of sexual assault should contact their local force, or call the NSPCC helpline on 0800 023 2642.

"The Met will not be giving a commentary as this investigation develops and is not discussing the names of the clubs involved, or the number of allegations against each club."

The inquiry involves up to 248 football clubs, spanning all tiers of the game from the Premier League down to amateur level.

Latest figures show the total number of potential victims standing at 526, with 97 per cent identified as male

Their ages span from 20 to four.