5 New Year's Resolutions for Arsenal in 2020

It's a new decade. Oh, how time flies!

That is, of course, unless you've been watching Arsenal every week for the past three-and-a-bit seasons. In which case, it's dragged on excruciatingly and supporters have merely been praying for the new decade to come and end the pain.

It didn't transpire, and the last three-and-a-bit seasons actually did happen. But, they're over now, and there is hope that 2020 will shine a new light down on north London.

That doesn't mean that 2019 (and before) can be overlooked, though. Not at all. In fact, it is this time of the year where reflection is needed and we all look deep into our cores to find ways to better ourselves moving into a new year.

For ​Arsenal, there are resolutions aplenty.

Stop Being So S--t While that may have been written in eight-year-old text speak, it couldn't be more true. that

Two wins in their last 17 in all competitions is more commonly referred to as 'relegation fodder'. Especially when those two wins came against an almost unknown Portuguese team and a West Ham side who've just sacked their manager. Finishing the season with a home defeat to Chelsea just added insult to injury, especially after actually playing well in the first half.

C'mon lads. Huddle up in front of the fire, stick the kettle on, and all agree to stop being so s--t.

Cut Down on the Swearing 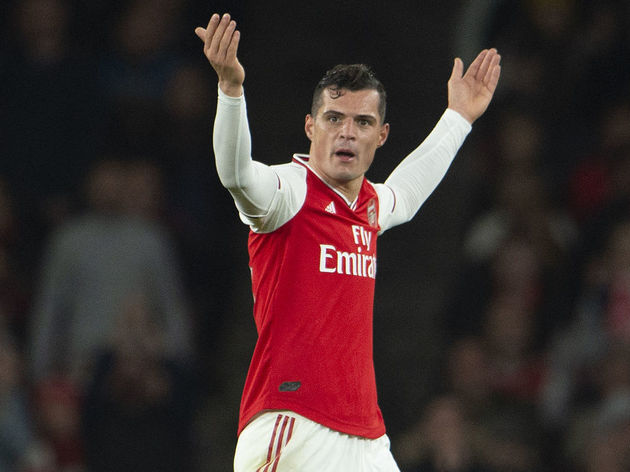 It should go without saying, but it really is not advisable to swear at your own supporters. I mean, really?

That's got to stop. So perhaps installing an on-field swear jar could be the answer? Any player caught uttering profanities towards the fans should be forced to hand over some of their own dosh.

Or even more, maybe. The idea of ​Pierre-Emerick Aubameyang getting narked with the Emirates crowd, saying something he shouldn't have, then unwillingly be made to drop the keys to his Arsenal fans have only seen this happen twice. In 20 matches.

The first one was when Alex Oxlade-Chamberlain's goal secured a 1-0 win in the 2015 Community Shield against Chelsea, while the other came two years later when the Gunners overcame Mourinho's Manchester United 2-0 at the Emirates Stadium in the ​Premier League.

While the rivalry is long-standing, Mourinho is now in charge of none other than Tottenham. There is literally no other time where the Gunners will have ever wanted to beat the Portuguese tactician more than they will on the 25th of April.

Banishing those demons while also getting one over on their most bitter rivals in their first visit to the Tottenham Hotspur Stadium? Well, it really couldn't get any sweeter than that. It has been mentioned plenty of times, but Arsenal fans have grown disillusioned with the way the club is moving forward. Under Unai Emery the identity of the club vanished, making for painful viewing - especially because results weren't forthcoming either.

Even the later years of Arsene Wenger still held with them an identity of sorts, so Arteta must do all he can to persuade the supporters that the club are headed in the right direction, both on the pitch and off it.

A clear vision with the right philosophy needs to be put in place, but he needs to execute that accordingly to have both the players and fans on board with his risky appointment.

It won't happen overnight, but this is a New Year's resolution. Just like the unfit people trudging their way to the gym on the 1st of January, perseverance and support from those around them will be paramount in seeing their efforts result in success.

Sort Out the Squad There is an unnerving amount of deadwood in this Arsenal squad that needs shipping out, which coincides with the need to add suitable additions to fill those vacancies.

Naturally, the defence is first on the firing line, with none of David Luiz, Sokratis, Shkodran Mustafi, Calum Chambers or