​While Liverpool were busy conquering the world, the rest of the Premier League were doing their best to avoid having a nightmare before Christmas.

Sadly, not everyone was able to give their supporters an early present this year. Manchester United endured a harrowing afternoon at basement club Watford, Aston Villa sunk deeper into the relegation mire, and Ben Chilwell got terrorised by his former teammate. 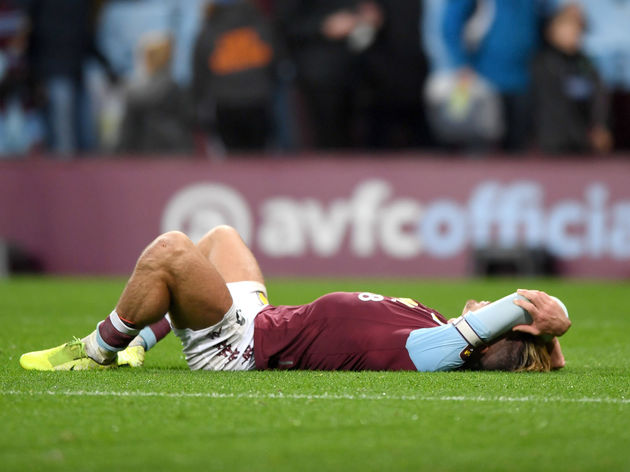 But wait! There was some Christmas joy, too! Plenty of it, actually.

​Southampton crawled out of the bottom three as they heaped misery on ​Villa, and ​Newcastle United fans saw their club's record-signing end a year-long goal-drought, with several other heart-warming emerging during this bitterly cold weekend.

So who were best on show? Well, we'll tell you - by revealing 90min's Premier League team of the week from matchday 18. 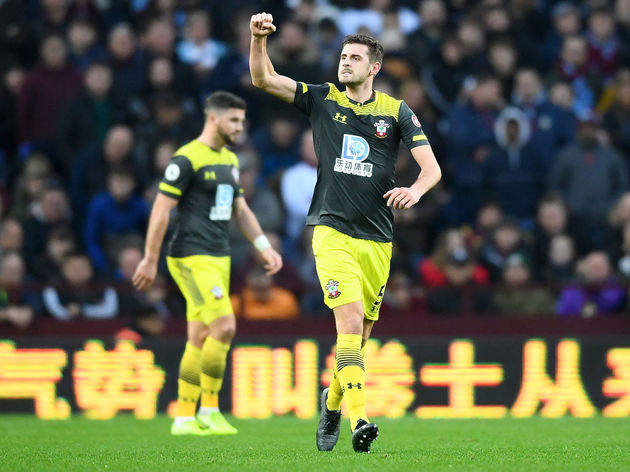 Ben Foster (GK) - Given ​Watford are rooted to the foot of the table, it's probably not too surprising to hear Foster has conceded 32 top-flight goals this campaign. Well, he ensured that record didn't get any worse against ​United, the shot-stopper keeping a clean-sheet as he frustrated the Red Devils' frontmen.

Kyle Walker (RB) - If you didn't watch ​Manchester City's 3-1 victory over ​Leicester City, you'd think the champions had a relatively easy ride. They certainly dominated the play and controlled possession, but Jamie Vardy was a thorn in the Sky Blues' side. Fortunately for Pep Guardiola, Walker's electric turn of pace helped them keep the striker to just the one goal on Saturday.

Jack Stephens (CB) - Southampton swapped places with Villa courtesy of a 3-1 triumph in the Midlands, with Stephens' towering header on the half-hour doubling Saints' advantage and leaving the hosts reeling. It was a vital win for Ralph Hasenhuttl's side, who can thank their central-defensive leader for a rock-solid display at the back.

Florian Lejeune (CB) - After eight months out injured with a cruciate ligament injury, the Frenchman made his long-awaited return in a 1-0 triumph for Newcastle over ​Crystal Palace. You'd never have guessed it was his first game since April, Lejeune doing superbly to shackle Jordan Ayew and Wilfried Zaha.

Benjamin Mendy (LB) - Ayoze Perez has been an ever-improving performer for Leicester, having arrived for £30m in the summer. However, the Spaniard was a bystander at Etihad Stadium this weekend, spending the entire game in Mendy's pocket as the left-back successfully juggled his attacking and defensive responsibilities. Kevin De Bruyne (CM) - Are we still debating who the best midfielder in the Premier League is? De Bruyne put on a thrilling show for the City faithful, striking an upright early on, before flashing some gorgeous pieces of skill. But, nothing was as impressive as his powerful burst through the heart of Foxes team, the Belgian rounding it off with an inch-perfect cross to the grateful Gabriel Jesus.

Will Hughes (CM) - Last year, Hughes was deployed on the wing. Now, he functions as a deep-lying playmaker, and the Hornets are all the better for it. When in possession, the Englishman was productive, while he showed determination, hunger, and energy to hound United whenever they retrieved the ball.

Miguel Almiron (CAM) - It's coming up to 12 months since Newcastle forked out £21m for Almiron, but the Paraguayan has only just netted his first goal for the Magpies. It was worth the wait for the Toon army, who saw the midfielder rifle an athletic volley beyond the clutches of Vicente Guaita to send Steve Bruce's men into the top half of the table. Willian (LW) - It was a feisty affair in north London as ​Chelsea downed ​Tottenham Hotspur 2-0, Brazilian winger Willian grabbing a brace for the Blues as they brought a poor run of results to an end. The first was a delicious, whipped effort into the far corner, before the wideman made it two with a nonchalant penalty on half-time. A decisive display in the derby.

Danny Ings (ST) - When Southampton really needed him to, Ings came up with the goods. He had to be alert to open the scoring, the forward pouncing after a reflex save from Tom Heaton. His second was one he'll remember for a while, the 27-year-old swivelling brilliantly to send a left-footed drive high into the back of the net, sealing victory as he did so.