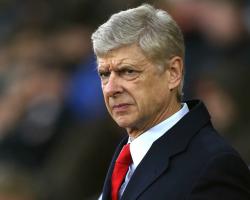 Arsenal V Aston Villa - view commentary, squad, and statistics of the game live.Wenger calls for committed GunnersArsenal manager Arsene Wenger has warned his side they cannot afford to lose focus and take the threat of goal-shy Aston Villa lightly on Sunday.The Gunners signalled a return to form with a battling 2-0 win at Manchester City before then securing safe passage past Brighton into the fifth round of the FA Cup.With the likes of Theo Walcott and Mesut Ozil now back in contention, each having scored in the 3-2 win over the Seagulls, the mood within the squad is very much positive as they prepare for the defining period of the campaign.Arsenal could climb back into the top four of the Barclays Premier League with what would be a fifth straight win in all competitions, and Wenger does not want concentration levels to drift."We want complete focus and commitment to be completely concentrated on what we want to achieve," said the Arsenal boss, who could be without Chile forward Alexis Sanchez because of a hamstring problem."We have to be very cautious with the mood in our job because the swings are very quick."You need a good balance between an optimistic mood and urgency as well."We are in a job where, of course, you want the level of concentration very high and that is what we want to achieve now."We go into a period in the next four months that will decide our season, so we have to be conscious that our commitment has to be 100 per cent."Wenger, however, insists there can be no sense of complacency at the Emirates Stadium against a Villa side who are the lowest scorers in the Premier League with just 11 from 22 matches as Paul Lambert's men struggle to move up the table."There is a distortion between the quality Villa have going forward [and their goal record]," the Gunners boss said."When you look at the names they have on their team sheet, they have (Christian) Benteke, (Gabriel) Agbonlahor and (Andreas) Weimann, who can all score goals."They suffered a lot from Agbonlahor's injury after Benteke was out for a long time."But when everybody's there, it is a team who look quite dangerous going forward."Wojciech Szczesny was back in goal against Brighton for the first time since the New Year's Day defeat at Southampton, after which the Poland international was reported to have been smoking in the showers.Wenger feels the 24-year-old has reacted positively to seeing Colombian David Ospina given a run in the side ahead of him,"He is 100 per cent committed in training and works harder than ever," said Wenger."For me that is the most important when a player is questioned at some stage, how he responds shows you his strength of character, and on that front Wojciech has done extremely well until now."At the moment, the competition is there

I just always have to make the decision who plays the next game."Scott Sinclair is hungrier than ever as he aims to kickstart his career after joining Aston Villa on loan from Manchester City.Villa finally landed the winger until the end of the season this week with a view to signing him permanently in the summer.The 25-year-old has made just 12 appearances for City since joining them back in 2012, with an unsuccessful loan stint at West Brom last season adding to his frustration.However, Villa boss Lambert brought him in to add creativity to his misfiring squad and Sinclair insists he has the buzz back."In the training sessions, I will put everything into it," he said."I've kept myself fit

It's about getting that match fitness now, playing games and I am confident that my form will come back quickly."I am so hungry to be playing

I haven't played for a long period of time."Sinclair, who is expected to be in Lambert's squad for Sunday's Barclays Premier League trip to Arsenal, added: "I feel like a kid - happy and hungry to play football."Everyone will see that on matchday and the lads will see my enthusiasm in training as well."I'm fit and ready to play

Now it's up to me to show my best form."I want to be out there playing football again

That's what drives me

It gives me a buzz."I have so much enthusiasm and excitement

I am just so hungry to do well here."Sinclair trained with his new team-mates on Saturday before Lambert makes a final decision on his inclusion.Forward Gabriel Agbonlahor has recovered from a hamstring injury while Joe Cole (also hamstring) is training but not yet fit