Foord is among several Australian players to have made the switch to England this winter, with international colleagues Sam Kerr, Chloe Logarzo and Hayley Raso joining Chelsea, Bristol City and Everton respectively during the WSL transfer window.

Foord joins Arsenal having split her time in recent years between Portland Thorns in the United States and Sydney FC in her native Australia.

A versatile forward who will add quality and depth to the Arsenal ranks for the title run-in and Champions League knockout stages, 25-year-old Foord already has 77 international caps.

She went to the 2011 Women’s World Cup at the age of just 16, where she was named Best Young Player at the tournament, and was part of the Australia squad in both 2015 and 2019.

Foord was also named Asian Women’s Footballer of the Year for 2016.

“I have watched her growth in the W-League and she is versatile and a great character. We are excited to welcome her when she joins up with the squad.”

Reigning champions Arsenal were knocked off the top of the WSL table in the latest round of fixtures. The Gunners were stunned at home by title challengers Chelsea, losing 4-1, which gave Manchester City the opportunity to leapfrog them in the standings. 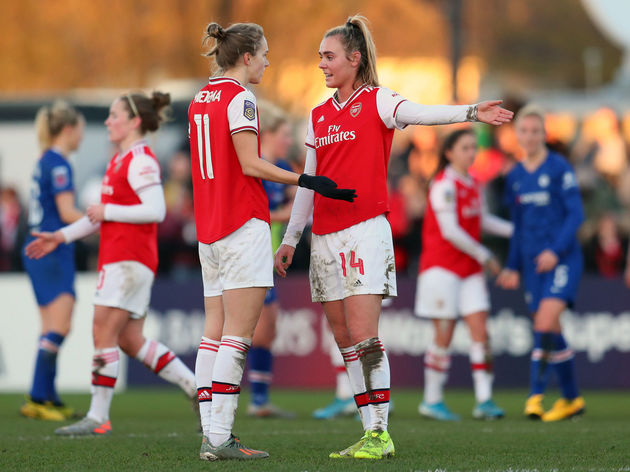 Just a single point now separates the ‘Big Three’, with Chelsea also armed with a game in hand.

There will be a pause in the action this weekend, however, with the Women’s FA Cup fourth round taking place. Arsenal will be facing last season’s finalists West Ham on Sunday.