​Barcelona centre-back Samuel Umtiti is understood to have rejected a move to Arsenal earlier in the January transfer window.

The Frenchman has long been linked with a move away from Camp Nou after injuries impacted his ability to command a regular place in Barcelona's starting lineup, and Arsenal are thought to have been considering Umtiti for months. According to ​Le Parisien, Mikel Arteta specifically requested that ​Arsenal move for Umtiti in January, but the centre-back himself swiftly rejected the move in favour of fighting for a place in Quique Setién's side.

Setién has returned Umtiti to the starting lineup at ​Barcelona in recent weeks, and he is said to have refused to even contemplate a move away from the club - a stance similar to the ​one he took back in the summer.

Barcelona are said to have been prepared to sell for the right price, but they were met with fierce resistance from Umtiti.

However, it's suggested that the 26-year-old could still be nearing the exit door at the club. Barcelona are thought to have tired of his lengthy injury struggles, and Clément Lenglet's emergence as a real star has left Umtiti's position under threat.

With Ronald Araújo and Chumi both expected to be promoted from the reserve side in the near future, there may not be a place for Umtiti at the club next season and Barcelona could look to cash in. 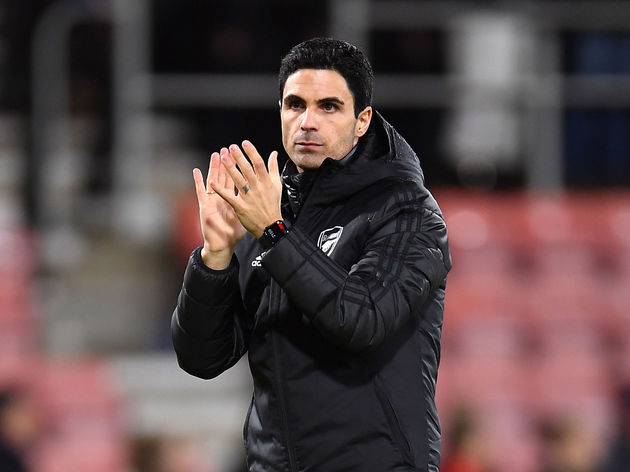 Arsenal could choose to reignite their interest if they fail to land any of their other targets, but it could all come down to how much Barcelona will demand for a World Cup winner with three years left on his current contract.

The Gunners did bring in Pablo Marí on loan from Flamengo to help cope with their defensive injury crisis, but there is a belief that permanent additions may be needed at the end of the campaign.