After Blackburn snatched the 1994/1995 Premier League trophy out of Sir Alex Ferguson's and Manchester United's hands, the Red Devils restored order as the title returned to Old Trafford at the end of the 1995/1996 campaign.

They might have been the best team in the country, but surprisingly only one Manchester United player made the PFA Team of the Year. Even the great Eric Cantona, named FWA Footballer of the Year after scoring 14 times and making 10 assists, failed to make the cut.

So, let's take a trip down memory lane and have a look at what the PFA Team of the Year looked like at the end of the 1995/96 campaign... ​Liverpool boasted the second best defensive record in the division at the end of the season. They'd conceded just 34 goals, and a young David James was a key component of the impressive defensive display across the course of the campaign. 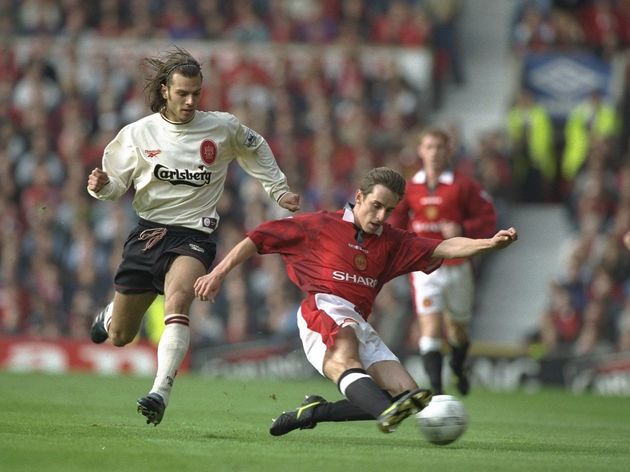 The only ​Manchester United player to make the PFA's selected eleven. And, having established himself as United's starting right-back the season before, Gary Neville went onto make 31 league appearances, playing a crucial role in the club's eventual title triumph.

Defensive stability is crucial to any team with title ambitions, and Neville's contribution at the back went some way to doing just that. As a winger, you'd rarely fancy coming up against the Englishman. That is, if you wanted your legs intact once the full time whistle blew. The Gunners might have finished fifth, level on points with fourth-placed Aston Villa, but they boasted the best defensive record in the league. In their 38 fixtures, they conceded 32 goals, and club captain Tony Adams was instrumental in ensuring his side's defensive strength.

Unfortunately, even after Dennis Bergkamp's arrival, ​Arsenal struggled dearly in front of goal. They managed an underwhelming 49 goals -  even14th placed Wimbledon outscored them! Ugo Ehiogu played a pivotal role in ​Aston Villa's successful 1995/96 season. They had the league's joint second best defensive record, finished fourth, and capped off a wonderful campaign with a League Cup victory. Another Villa defender selected in the PFA's Team of the Year, Alan Wright's contribution towards the Villans' successful season cannot be overlooked. Even if the guy stood at a remarkable 5ft 4in, which made him one of the ​Premier League's shortest ever players.

Alongside Ehiogu, 'the mighty atom', as he was nicknamed, made quite the impression during his first full season at Villa Park. Hats off to Steve Stone. Not only was he named in the PFA's Team of the Year, but he managed to establish himself as an irreplaceable fixture in ​Nottingham Forest's midfield despite breaking his leg three times throughout the course of his career.

Stone's impressive form throughout the 1995/96 season earned him a well-deserved England call up for the summer's European Championships. Lee was one of three ​Newcastle players to be named in the PFA's Team of the Year - the most of any club, even if the Magpies ended up finishing second in the league.

The midfield maestro was named November's Player of the Month, and he featured in all but two of Newcastle's league fixtures, netting an impressive nine times from central midfield. 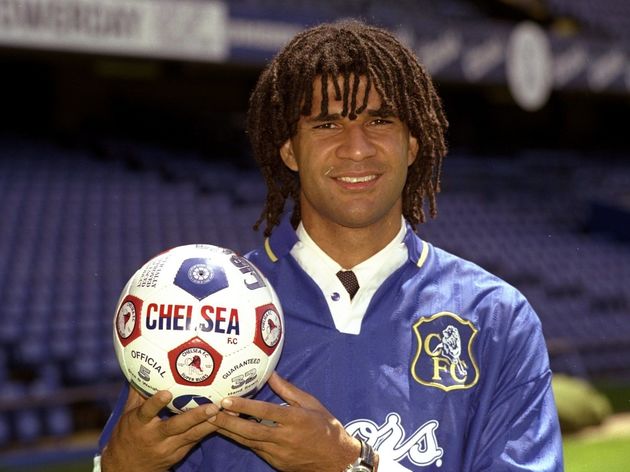 Back then, ​Chelsea weren't yet the force they are today. They finished the 1995/96 campaign languishing in 11th position, but Ruud Gullit was the bright spark in an otherwise underwhelming season.

He'd only joined in the summer of 1995, and took time to settle in the country's capital. But, once positioned in his preferred central midfield role, he notched six goals and propelled the Blues to an FA Cup semi-final appearance. 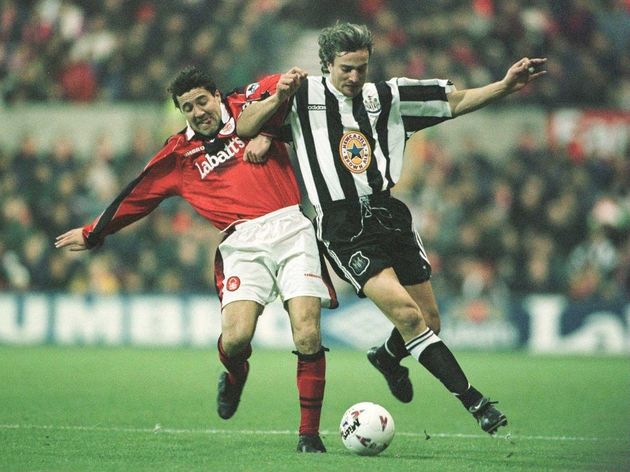 Following his £2.5m arrival in the summer of 1995, David Ginola was tasked with transforming Newcastle United into one of the major forces in English football.

Things started well and he was named Player of the Month in August, remaining an integral part of the side who probably ought to have won the title - they were twelve points ahead as late as January!

34 appearances, five league goals and an impressive debut campaign for the Magpies. 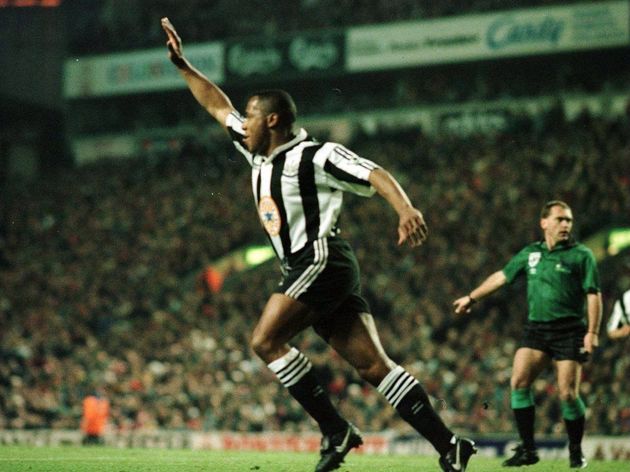 The star of the season, Les Ferdinand was crowned PFA Players' Player of the Year after a scintillating debut season on Tyneside. The 1995/96 campaign was arguably Ferdinand's greatest period of his successful career.

He managed 25 goals in the league, which fired the Magpies into touching distance of the title, only for United to turn the tide in the final stretch of the season.

In any case, a second-placed finish, as well as being named the division's best player wasn't bad for his first year at Newcastle. 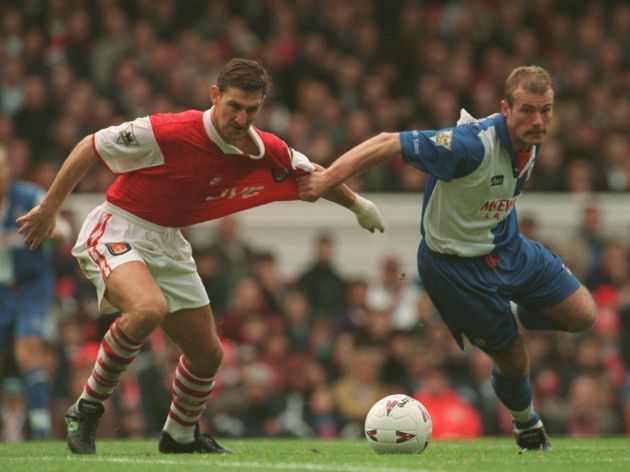 ​After spearheading ​Blackburn's title success with 34 league goals the previous season, Shearer followed it up with another scintillating year in front of goal. The 1994/95 PFA Players' Player of the Year managed 31 this time out, which included an extraordinary five hat-tricks.

This ended up being his last season at Ewood Park - he joined Newcastle after Euro '96 for a record-breaking £15m. The goals would just keep on coming.