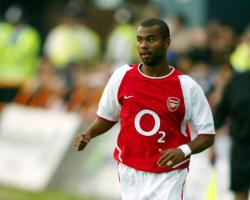 The 20-year-old left-back had been on trial with Arsene Wenger's side, with Arsenal having now paid a nominal fee to recruit the former factory worker from Northern Premier League Premier Division outfit Hednesford Town.

Bramall will initially link-up with the under-23 squad after failing to secure deals following trials at both Crystal Palace and Sheffield Wednesday.

Wenger said last week that Bramall, who was made redundant from his job in a Bentley factory a day before signing with the Premier League side, has "similarities to a young Ashley Cole".

Whether he can go on to emulate the sort of trophy-laden career as the former England left-back remains uncertain, but for now Bramall will be adjusting to his new life as a professional footballer.

Asked how it felt to be an Arsenal player, Bramall told the club's official website: "Incredible, incredible

It's a dream come true

"I played a game at Birmingham City on a Monday

Then on the Tuesday, I was made redundant from Bentley Motors and on the Wednesday, Arsenal came in.

"I was gobsmacked and took the chance with both hands

Then they offered me a deal."

Wenger already has Nacho Monreal and Kieran Gibbs as left-back options in his senior squad, so Bramall may have to wait to break into the first-team picture at the Emirates Stadium.