Cult heroes are not made by their footballing ability, sometimes its the bond they share with the fans and sometimes it's the most dedicated.

Yes, we all love watching players who are mind-blowingly good, but trading all of that in for somebody who can we lovingly look back on 20 years later - while aboard the nostalgia train - is how our brains really want to work.

Clinging on to the extinct 80s footballer mien with his tight perm and moustache, Jensen arrived after scoring for Denmark in the Euro 1992 final.

98 games passed before Jensen slotted home is solitary goal for the Gunners, but every so often you will see  'I saw John Jensen score' t-shirts dotted around the Emirates.

If it moved, he kicked it - ball or opponent. Football fans have always got time for that, haven't they?

The only player to score at Wembley for Bournemouth, so quite naturally held in high esteem by down on the south coast.

The gritty, tough tackling midfielder was a typical signing for a mid-90s Bournemouth side.

Ironic chants of 'Johnny Crumplin, football genius' rang around the terraces when he started his Brighton career as a right winger.

A change to right back saw him become a football genius in his own right, epitomised by his perfected defensive diving header and a never-say-die attitude. 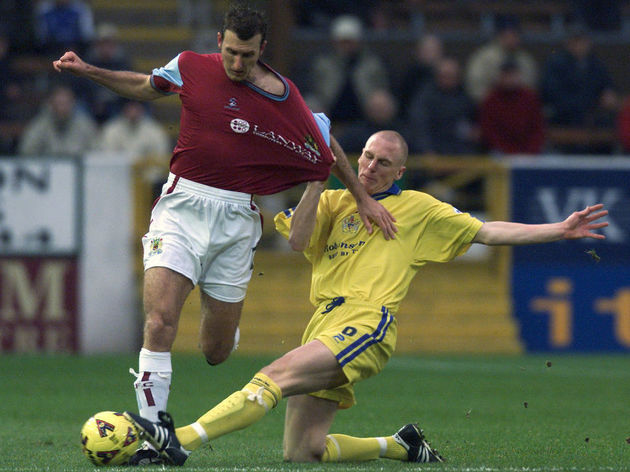 This guy was a winger, he was lanky, had knobbly knees and his elbows stuck out at all angles when he ran.

He defied every rule of athleticism required for a professional footballer. One of football's greatest super-subs and probably Chelsea's best ever bargain, costing just £300,000.

One goal every three games ensured the lanky Norwegian was a fan favourite among Blues supporters, and he still attends games to this day. A little unorthodox, but commitment personified.

Considered a trailblazer in his homeland after being one of the first Chinese players to play in England. Single-handedly rescued Everton from relegation when they were on the brink of a late 1990s disaster.

Campbell said he fell in love with Everton and God, did the Goodison faithful love him back for what he achieved. This fella only played 47 senior games in his 16 year career but he was the penalty-saving king at Leicester.

Oh, and he had a great name and wore joggers. What a legend. Molby was a Danish midfield maestro who always played three steps - vintage footage would suggest - ahead of everyone else.

Adopted a Scouse accent and beat Eric Bristow at dart which is bloody sensational, too.

Oh to be at Maine Road watching on as 'Kinky' dazzled defenders in his beautiful baggy blue Brother shirt.

A true footballing anomaly in an era when brute force and brawn took a stranglehold. Maybe the last of the proper full-back generation.

Positioning, discipline and consistency were his best friends. Sir Alex Ferguson's one certainty for an all-time United XI. When signing for Newcastle from Universidad de Chile, Acuna climbed down a fire escape in an Argentinian hotel to avoid his agent who'd been cut out the deal.

So that sums him up, I guess.

How good does that long sleeve kit look on him first things first?

Anyway, scored Norwich's first ever European goal and became the first player to score four goals in the Premier League.

Hero? We think so.

Remember the Tom Hark goal music craze? That was a great time.

This song initially just used to play after he'd scored before it caught on everywhere. So thank you, Peter.

Mimicking him in more ways than one, the Latvian Micheal Owen nutmegged Jaap Stam and scored a flying diving header against Everton to secure safety.

Baltic legend doesn't do him justice.

Spent five years at Spurs but cemented his place as a cult hero when he scored against Arsenal in the 1995 UEFA Cup Winners Cup final...from the half-way line.

Admittedly, that wasn't for Spurs, but who cares about that minor detail? 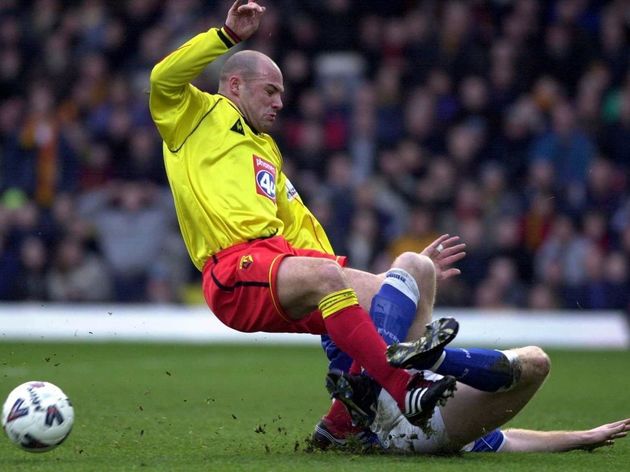 Full-blooded and aggressive - see exhibit A (above) for conclusive evidence of that.

Could grab a game by the scruff of the neck when the chips were down and even had the balls to square up to Marcel Desailly. Therefore, he must be hard.

Name me something more West Ham than Martin 'Mad-Dog' Allen in the Dagenham Motors strip.

Not only that, he sported that wonderful Goodyear kit and featured in one of the great introductory photoshoots alongside style guru Don Goodman.