​Paris Saint-Germain left-back Layvin Kurzawa is thought to be focused on joining Barcelona this summer.

The 27-year-old will walk away from the Parc des Princes this summer once his contract expires, and it is thought that almost every European giant is keen on bringing him in as a back-up option. 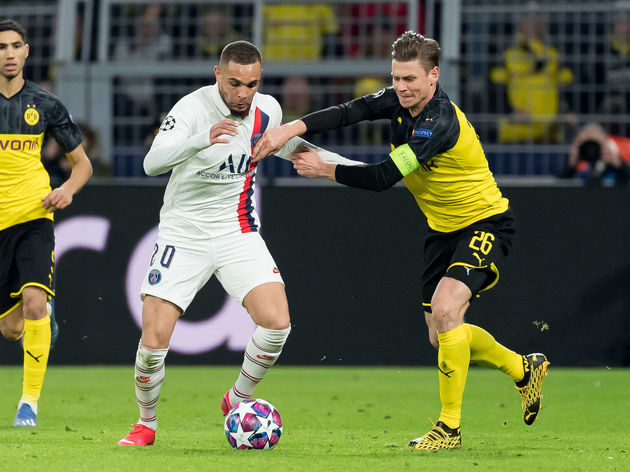 In ​Barcelona's case, they are believed to see Kurzawa as perfect cover for Jordi Alba, with current understudy Junior Firpo a candidate to be sold this summer to raise money, and ​Sport state that Kurzawa sees heading to Camp Nou as his best option.

His agents, who also represent Barcelona men Neto and Philippe Coutinho, are said to have promised to prioritise Barcelona's interest this summer, and they are awaiting permission to travel to Spain to hold negotiations.

There are no shortage of suitors for Kurzawa, with top teams from the ​Premier League and ​Serie A all thought to be interested.

​Liverpool and ​Arsenal have been touted as potential landing spots for Kurzawa, but sitting on the bench at Camp Nou and picking up a tidy salary has caught the Frenchman's eye. Fair enough, really.

Barcelona would only move for Kurzawa if they can offload Firpo, with ​Napoli and ​Inter thought to be tempted by a deal, although ​Mundo Deportivo believe that the cost of signing the Spaniard could be a real problem. If they can find a new home for Firpo, Barcelona want to offer Kurzawa a short-term deal with an affordable release clause, in the hope that they would be able to sell him on for a tidy profit in the not-too-distant future.

It seems a bit weird that Kurzawa would be so desperate to join Barcelona, despite the Spanish side revealing that they would not hesitate to sell him down the line if the money was right, but getting their name on his CV might be too good to turn down.