Countless Spanish stars have wowed audiences whilst playing for clubs in England, including some of the very best foreign imports of all-time. David de Gea has risen to world class status during his time with Manchester United, overcoming a difficult early two seasons in England to be recognised as the best in the world.

De Gea has been named in the PFA Team of the Year on five occasions and has been his club’s Player of the Year no fewer than four times, including three in a row from 2014 to 2016. More recently, he has committed his long-term future to the Old Trafford club. Fitness permitting, Hector Bellerin has been an automatic starter for Arsenal since making his permanent first-team breakthrough in the first half of the 2014/15 season.

The speedy full-back has won two FA Cups with the Gunners and has risen to the role of a senior player and vice-captain. Away from the pitch, Bellerin is also a popular figure and has acquired a following as much for his fashion as his football. Cesar Azpilicueta will leave Chelsea a club legend when he eventually bids farewell to Stamford Bridge. He is closing in on 400 appearances for the team and has won two Premier League titles, the FA Cup, a League Cup and two Europa Leagues.

Azpilicueta, who was named Chelsea captain on a permanent basis in 2019, is particularly noted for his versatility, having played all across the backline. Ivan Campo joined Sam Allardyce's Bolton revolution in 2002, initially on loan from Real Madrid, trading one famous white shirt for another. The switch was made permanent in 2003 and the fuzzy-haired defender became something of a cult hero in England.

Also often seen in midfield, Campo left Bolton in the summer of 2008 when he was unexpectedly released by new manager Gary Megson. Marcos Alonso had forgettable Premier League spells early in his career with both Bolton and Sunderland, but it was after returning to England to join Chelsea in 2016 that he thrived.

Alonso, whose father and grandfather were also famous footballers, was crucial to manager Antonio Conte’s tactical overhaul was a Premier League champion in that debut campaign. As a wing-back, he has enjoyed a strong goalscoring record. Xabi Alonso is among the most cultured passers ever seen in the Premier League. He helped the Reds to Champions League glory in his first season, the FA Cup in his second, and was part of the Liverpool team that ran Manchester United extremely close in the 2008/09 title race.

A transfer to Real Madrid had fallen through earlier in his career, but Alonso finally ended up at the Bernabeu in 2009 after leaving Anfield in a £30m deal.

Premier League aside, he won almost every trophy available to him in a gliterring career. 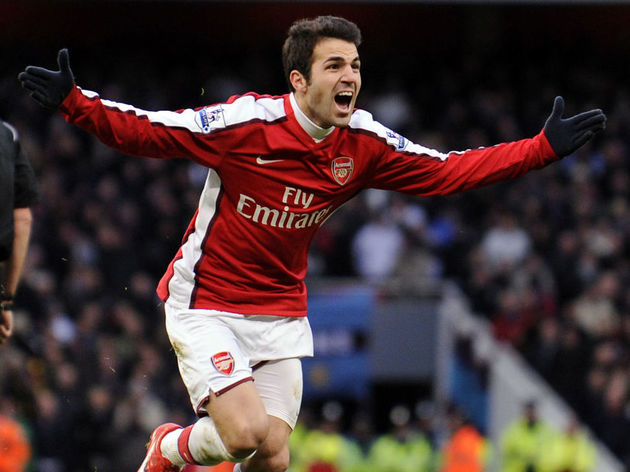 Cesc Fabregas played defining roles for both Arsenal and Chelsea in the Premier League. He was named captain of the former when he was still only 21 and was later a key piece of the jigsaw as the latter won two titles between 2015 and 2017.

In total, Fabregas, who was also a World Cup and two-time European Championship winner with Spain, played exactly 350 games in the Premier League. Plenty would argue that David Silva is Manchester City’s greatest player of all time, furthering an already legendary reputation at the Etihad Stadium for his role in the club’s 2017/18 ‘Centurion’ season – this was at the same time his infant son was extremely poorly.

Silva won his fourth Premier League title in 2018/19, having also won as many as seven other domestic trophies with City over the last decade. Juan Mata has been a Premier League player for close to a decade and remains one of the most universally popular foreign imports of recent times.

Mata was twice Chelsea’s Player of the Year in his only two full seasons at Stamford Bridge, winning the FA Cup alongside the Champions League and Europa League.

He has won more silverware, both domestic and continental, since joining Manchester United in 2014. His stay was ultimately brief, but Diego Costa was a two-time Premier League champion during a rollercoaster spell at Chelsea, reaching 20 league goals in both triumphant campaigns.

Chelsea also managed to sell him for a significant profit when he returned to Atletico Madrid.

Costa hit the ground running for the Blues, scoring an astonishing seven times in his first four games alone, and was virtually unplayable when he set his mind to it. By the time he said goodbye to the Premier League in 2014, Fernando Torres had become something of a cruel joke, with his electric days at Liverpool seemingly long forgotten.

The elegant forward arrived on Merseyside from Atletico Madrid in the summer of 2007 and had an immediate impact. He possessed a frightening change of pace and was lethal in front of goal, scoring 56 times in the Premier League in his first three seasons in England alone.