Arsenal boss Mikel Arteta takes his charges to Stamford Bridge on Tuesday night in a bid to put a dent in Chelsea's Champions League hopes.

Gunners forward Gabriel Martinelli looked to have grabbed all three points at home to Sheffield United on Saturday but the Blades equalised late to snatch a 1-1 draw. 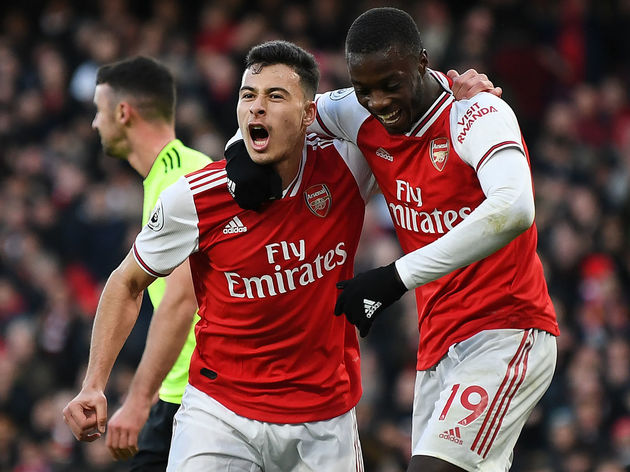 That result leaves Arteta's men 10 points behind ​Chelsea in fourth and a win against the Blues is crucial if the Gunners are to resurrect any faint hopes of playing in Europe's elite competition next season.

With skipper Pierre-Emerick Aubayemang serving the second of a three-match ​Premier League ban, the onus falls on youngster Martinelli and Alexandre Lacazette to find the back of the net against Chelsea.

Arsenal will be desperate to avenge the 2-1 home defeat that they suffered courtesy of the Blues in December.

Here's how Arsenal may line up ahead of their trip to the Bridge. Bernd Leno (GK) - The German shot-stopper has established himself as Arsenal's number one this season and gave another solid performance against ​Sheffield United. In particular, his distribution which has been criticised this season was much improved against the Blades. However, in truth, he wasn't overworked and will no doubt be far busier against Tammy Abraham and co.

Ainsley Maitland-Niles (RB) - There is still a question as to whether Maitland-Niles is just a stop-gap for Mikel Arteta's side, but he didn't do much wrong in his last game. Although he faces a tricky task on Tuesday. He will be trusted with keeping tabs on Chelsea's Brazilian Willian at Stamford Bridge.

David Luiz (CB) - Returning to his former stomping ground, Luiz will no doubt be pumped up to get one over on his previous employers. His concentration will have to be at it's highest against Chelsea, especially in his marshalling of Abraham who can be a real handful up front. In an attacking sense, Luiz will be crucial in starting Arsenal's attacks and moving the Gunners higher up the pitch.

Sokratis (CB) - The Greek defender missed the draw with the Blades through illness but Arteta may choose to recall him for the trip to West London. Shkodran Mustafi would be the man to make way and the German did have one or two nervy moments at the weekend. Sokratis has started 18 league games so far this season and it wouldn't be a surprise to see him turn out for the Gunners in this one.

Bukayo Saka (LB) - Arteta chose to employ Saka in the full-back berth against the Blades and the teenager didn't disappoint. At both ends of the pitch, he was one of Arsenal's stand-out performers. The 18-year-old teamed defensive maturity with attacking creativity and provided the assist for Martinelli's goal. Saka will have his work cut on Tuesday though, Callum Hudson-Odoi is a dangerous customer for even the most experienced defender. Granit Xhaka (CM) - ​Arsenal's former captain appeared to have one foot out of the Emirates door but new boss Arteta has shown faith in the Swiss international and made him a regular starter again. Xhaka has repaid his manager's backing by putting in solid displays in the Gunners midfield. Up against Chelsea's Ngolo Kanté, he will be tasked with injecting pace and urgency at Stamford Bridge.

Lucas Torreira (CM) - The Uruguayan is a warrior in the heart of Arsenal's midfield and he will take on the role of enforcer against the Blues. Alongside Xhaka, the pair may find themselves outnumbered at times, and Torreira will need to hustle and harry in order to disrupt Chelsea's command of the ball. Breaking up the play will be the midfielder's main aim on Tuesday evening.

Mesut Özil (CAM) - On his day, the German can unlock even the most stubborn of defences and Arteta will be hoping his number 10 can provide the spark against Chelsea. The midfielder drifted in and out of the Sheffield United stalemate but he can ill-afford a similar performance against Frank Lampard's side. Ozil has gone missing in games far too often this season and Gunners fans will be leaning on their star man to stand up and be counted. 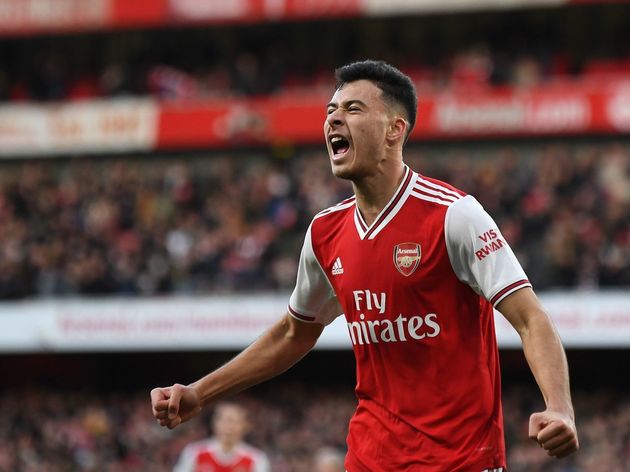 Nicolas Pépé (RW) - The Frenchman was arguably man of the match for Arsenal against Sheffield United and caused Chris Wilder's side a lot of headaches. Pépé was purposeful in his attacking play and got a lot of joy down the right flank. With the possibility of facing Chelsea's forward-minded full-back Emerson Palmieri, he will back himself to make a telling impact on this game.

Alexandre Lacazette (ST) - In Aubayemang's absence, Lacazette took up the captain's armband and spearheaded the Gunners attack on Saturday. He will once again be leading the line here as Aubayemang continues to serve a suspension for his red card against ​Crystal Palace. Lacazette failed to register against Sheffield United and will be out to add to his five league goals against Chelsea.

Gabriel Martinelli (LW) - The 18-year-old Brazilian was the Gunners goalscorer against the Blades and showed great striking instinct to connect with Saka's cross. His goal will no doubt earn him another start here and up against Chelsea's ageing full-back Cesar Azpilicueta, he will back himself to perform. His youthful exuberance and clever movement could be the key to Arsenal claiming all three points.