​Arsenal have had their fair share of ups and downs throughout their long and storied history, but one constant has been the Gunners' ability to put on some of the most beautiful football kits in the business.

The red and white home shirt donned by the north London side year after year is iconic and instantly recognisable to fans from across the globe.

Unlike some clubs, Arsenal seldom play it safe with their home shirts, often choosing eye-catching designs that divide opinion. While it's an incredibly difficult task, we've decided to rank the club's 10 best home kits of all time. 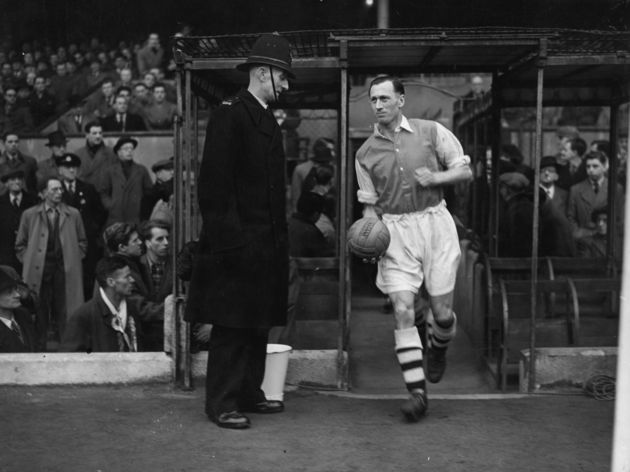 They sure were simpler days when clubs didn't release a new fourth alternate kit every other weekend, and in fact, ​Arsenal donned this home shirt for 11 whole years.

The main body of the shirt was traditional Arsenal red, while the sleeves and shorts were white and the socks had deep blue horizontal stripes on them. This shirt is about as classy as it gets, and is perfect for when you have a match at 3 and then dinner with your in-laws at 7.

Arsenal won the first division title twice as well as the FA Cup during their time in this sleek home shirt made by Bukta. Arsenal's home shirts were made by Puma from 2014 to 2019, and they were largely underwhelming to say the least.

But for their last campaign as the Gunners' kit provider, Puma finally got it right.

Extending the white sleeves into the shoulders, as well as adding a light red motif on the chest and band on the arms, made this shirt one of Arsenal's nicest in recent history, although we really wish we could remove the detracting 'Visit Rwanda' sleeve sponsor.

The Gunners wore this shirt all the way to the Europa League final in Unai Emery's only full season in charge, and the kit itself was worthy of silverware - even if Arsenal unfortunately weren't. Simple, elegant, vintage Arsenal. What's not to like about this beautiful strip?

Sporting the old school Arsenal badge that was replaced in the 1990s, this is perhaps the kit that springs to mind when most people think of the Gunners. Well, most people of a certain generation.

Perhaps the greatest memory for Arsenal fans during this period was the league and FA Cup double back in 1970/71, with the Gunners beating Leeds United to the Division 1 title by a single point. Nike may have made some of the nicest Arsenal kits ever produced during the 1990s and early 2000s, but they soon lost their way around about 2007. Therefore, it was a welcome surprise when they produced this gorgeous shirt back in 2012.

This shirt is all about the small details, with the dark blue collar and stripes on the sleeves really making this kit what it is; a beauty.

It's synonymous with a free-scoring Arsenal side under Arsene Wenger, with Theo Walcott's emphatic hat-trick in a 7-3 rout against Newcastle perhaps showcasing this best. The Gunners would also go on to beat Hull City 3-2 to lift yet another FA Cup, bringing their nine-year spell without silverware to a much-needed end. Quite frankly, any shirt looks better when you put Thierry Henry and Robert Pires in it, doesn't it?

Dreamcast may have only sponsored two separate Arsenal kits over a three-year period, but boy did they look incredible. Nike's designs were sublime, and the classy collar and blue trimmings on this shirt made it an iconic kit at the turn of the century.

It also coincided with another double-winning season for the Gunners, as they lifted their second ​Premier League title alongside their eighth FA Cup. Arsenal beat ​bitter rivals Chelsea in the cup final while wearing this stunner. The old school Arsenal and Adidas logos; we really are spoiled here.

This shirt was the start of the 'patterned' years at Arsenal, where the club often chose to have extravagant markings on the red body of the shirt. It's hard to see in the above photo, but this kit boasted faint red stripes which really set it apart from Arsenal kits of years gone by. 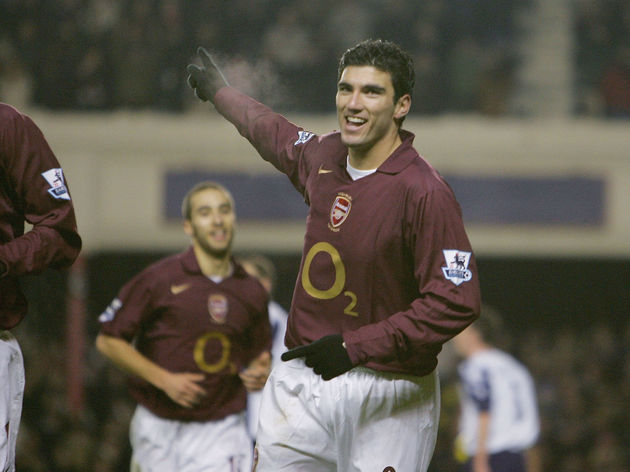 This shirt was momentous for two reasons. It saw Arsenal play in a deep redcurrant red home shirt for the first time in their history, but it was also the last kit the Gunners wore during their days at Highbury.

Arsenal haven't enjoyed the same stranglehold they had on English football following their move to the Emirates, and they haven't played in such a home kit since.

The club did make it to their first ​Champions League final wearing this shirt, but sadly missed out on silverware at the hands of ​Barcelona. ​Before switching to Nike in the summer of 1994, Adidas churned out one final blockbuster kit for the Gunners.

This kit had the characteristic three stripes on the sleeves and the Adidas logo on the collar - all adding up to a stylish yet striking shirt. And the goalkeeper kit wasn't half bad either.

Not only did Arsenal enjoy a League Cup and FA Cup double while donning this beauty, they also won the UEFA Cup Winners' Cup in 1993/94. Some shirts resonate with supporters because they remind them of one individual superstar, or simply because they look brilliant. However, this shirt reminds Arsenal fans of a time when they were invincible.

The 2003/04 title was Arsenal's latest in the league and may be for some time, but what a memory to hold on to, eh? Now this kit will likely divide opinion. If you like outlandish and eye-catching football shirts, then this is the one for you. However, if you prefer a more sophisticated and subtle kit, then you'll definitely need to look elsewhere.

While from a distance this shirt doesn't appear to deviate from the norm, on closer inspection you will see lightning bolts emblazoned on the front and back. It may seem a little immature to some, but it's still bloody brilliant.

The shirt also boasts a sizeable white collar, the old school Nike logo and one of the coolest player name fonts you'll ever have the pleasure of witnessing.

The best of the best.