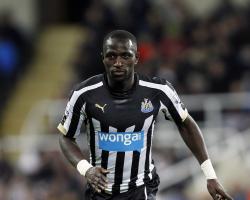 The France international has been linked with a move to the Emirates Stadium this month, having impressed in the Premier League since arriving from Toulouse two years ago.

And the 25-year-old revealed he has ambitions to achieve more in his career, including winning the Champions League

" I remain focused on Newcastle," he said in an interview with Telefoot

"If something should happen, it will happen

If (Arsenal boss) Arsene Wenger calls me? We will have a discussion man to man

Arsenal has always been the club of my heart."

Sissoko, who has 27 caps for France, said his dream was to play for a "big club"

He added: "I would love to win the Euros (in 2016) with France and the Champions League too

I want to continue to go further and higher."