With the stranglehold Liverpool and Manchester City hold over the fate of the Premier League, the likes of Chelsea and Manchester United have changed direction this season; short-termism has gone out the window in favour of a look to the long-term, with youth tasked with turning their fortunes around.

But they're not the only ones who have given their young stars a chance this season. Whether it be Japhet Tangana's rapid emergence at Tottenham or Liverpool's reserves famously beating Everton's first-team, each of the division's big dogs have in fact given their prospects a chance to shine

Here, we've ranked the ​Premier League's traditional 'big six' on the academy talent available to them. To level the playing field, we've only included players who have featured for one of the academy sides this season, so the likes of Phil Foden and Tammy Abraham don't count. The fruits of that labour are beginning to show, with Eric Garcia emerging this season following on in Foden's footsteps. Unfortunately, beyond that, there doesn't look to be too much going on - at face value at least. Highly-rated midfielder Tommy Doyle and defender Taylor Hardwood-Belis look reasonably promising, as does playmaker Felix Nmecha - but you find it hard to see where substantial first-team chances will come from. Tottenham have a handful of really outstanding prospects on their hands. Troy Parrott in particular looks as if he will shine when given a chance, while the aforementioned Tanganga is already making an impression after being given the opportunity to shine by José Mourinho.

Similar to City, there doesn't exactly look to be a wealth of talent propping up the first-team, but the same academy that yielded the Harrys Kane and Winks does look as if it may have another gem or two on its hands. Ranking Arsenal fourth out of six, given their academy's history and the current depth available, seems harsh - but it speaks simply to the strength elsewhere in the division.

The Gunners have nothing to be ashamed of with their youth record, and have more than a few promising talents coming through. Bukayo Saka doesn't look far from establishing himself as a first-teamer, while Emile Smith Rowe, should he impress on loan at Huddersfield, could easily follow suit.

Tyreece John-Jules also looks promising, and currently finds himself in search of first-team football at Shrewsbury, while Eddie Nketiah is trying to get things back on track after a difficult spell at Leeds. 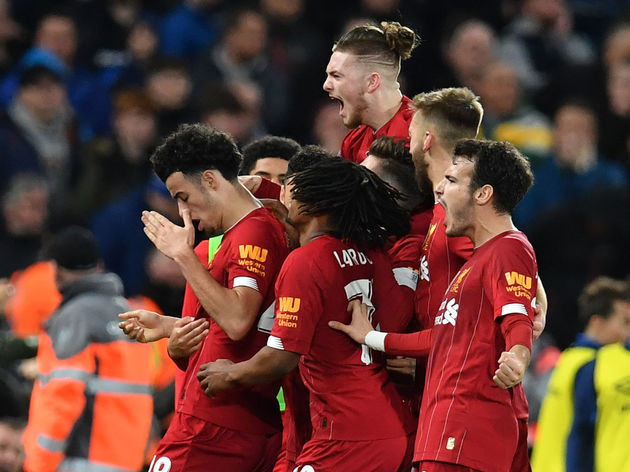 Though there has been little in the way of league action going for Liverpool's promising youngsters this season, they have made their impression on the first-team nonetheless.

The domestic cups have yielded chances, which have been grasped greedily by the likes of Curtis Jones, Neco Williams, Ki-Jana Hoever and Harvey Elliott - all of whom have shown the future is very bright at Anfield.

We're yet to see an academy star follow Trent Alexander-Arnold's lead and break into the first-team under Jurgen Klopp, but the way things are looking, it shouldn't be too long before we do. ​even if his future is up in the air