Wenger didn't expect Welbeck to shine against The Saints 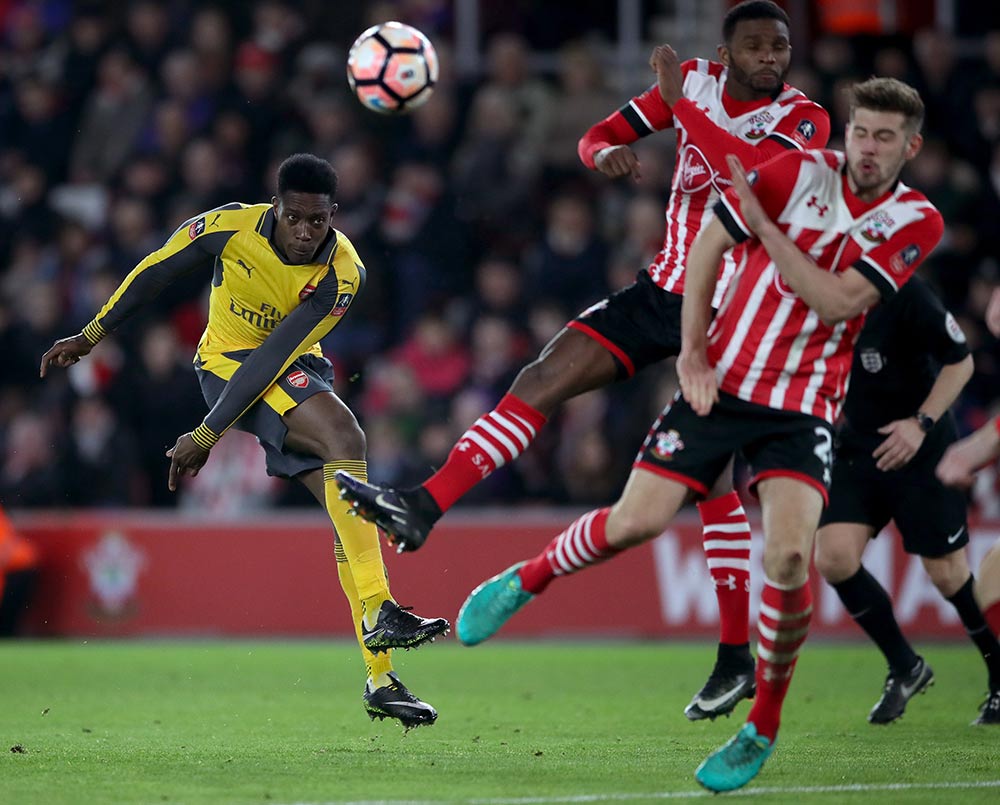 Arsene Wenger was pleased but certainly surprised at the performance of Danny Welbeck in the 5-0 thrashing of Southampton.

He said following the game:

"You do wonder: I wondered first of all would he be solid enough mentally to cope with that. Then secondly you hope he will go well after he comes back after the second surgery."

"He worked very hard, he went through some moments of very deep disappointment. Because when he had the setback and he had to go in again, as a professional player that's very difficult."

"But he became even more resilient and worked even harder. He's highly respected inside the club because he's shown so much dedication."

"It was good to see Welbeck be so convincing. I didn't expect him at that level, because I knew he worked very hard but I didn't know how much efficiency it would be in a competitive game.

"It was great to see he hasn't lost his runs or his finishing; it shows as well when you are able to transform that frustration in not playing into efficiency that he's a special guy.

"There are always two fears, the first is that it takes him too long with decision-making, and second that he would be scared for contact.

"But the runs and also fighting the defenders, it was important for me."

And he had this to say on Walcott, who took the match ball home after a superb hattrick:

"Theo is a good finisher, and the chances we created were very good. He finishes one touch he's very quick, he has a short backlift and is very accurate in finishing."