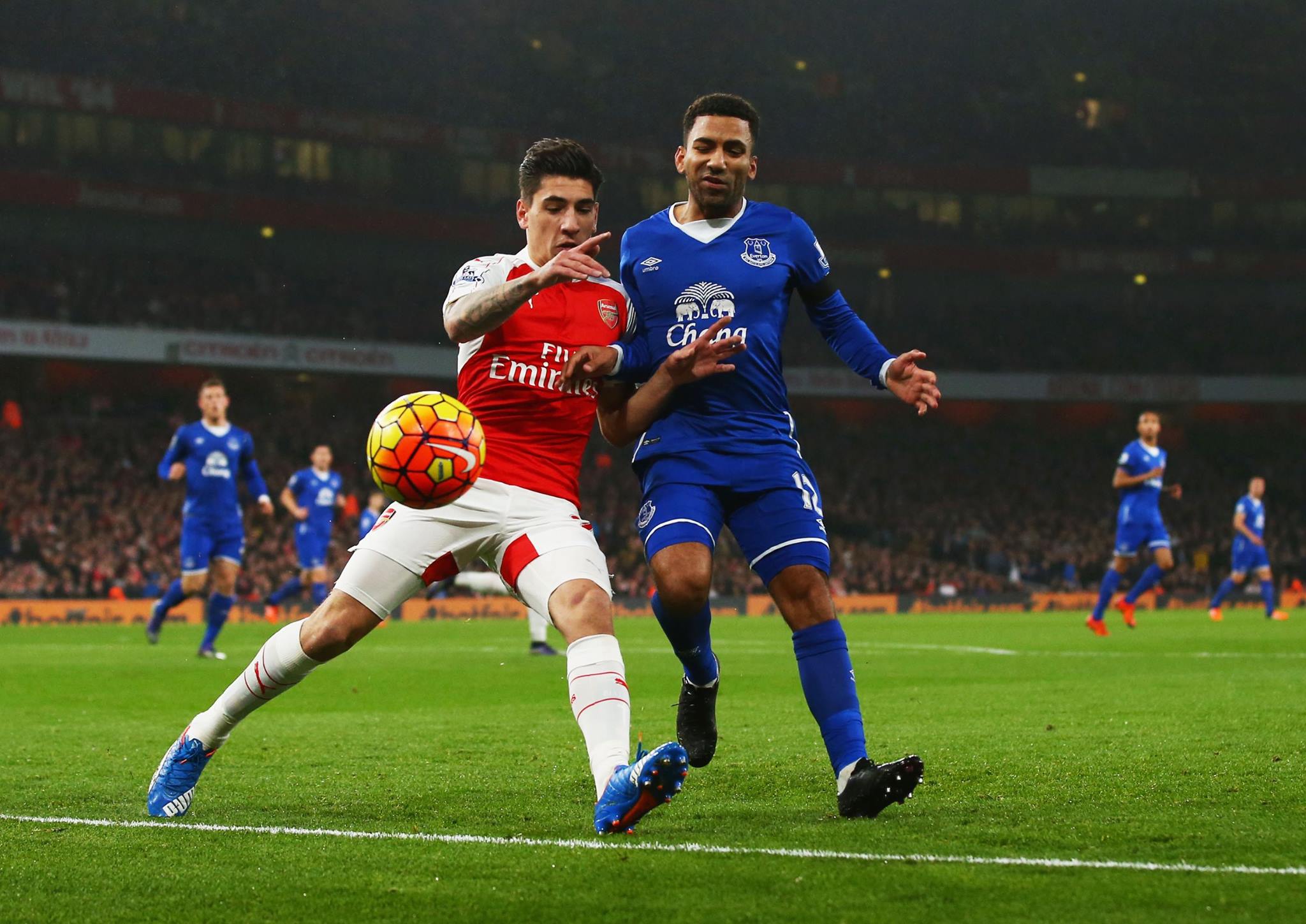 Giroud and Koscielny bagged the goals in the first half, and Everton could only reply with a deflected effort from Barkley.

The match got a little nervy towards the end as the rain fell incessantly, but the lads held on for a very valuable three points.

This moves us temporarily to the top of the table.

Arsenal moved to the top of the Barclays Premier League following a hard-earned 2-1 win over Everton at the Emirates Stadium.

Two goals inside as many minutes in the first half from Olivier Giroud and Laurent Koscielny looked to have set the Gunners up for a comfortable evening.

A deflected effort from Ross Barkley pulled Everton back into the match just before half-time - but there was to be no equaliser for the visitors, who finished the game with 10 men as a result of Gareth Barry's late dismissal following two yellow cards.

Giroud, preffered to Theo Walcott in attack, saw an effort come back off the crossbar before Romelu Lukaku also sent a header onto the top of the woodwork.

Goalkeeper Petr Cech made a superb late block to deny Gerard Deulofeu as the Gunners, who defeated Bayern Munich in their midweek Champions League tie, moved a point ahead of Manchester City, who play at rivals United on Sunday.

However, Everton, beaten 3-0 at Manchester United last weekend, remained resolute with plenty of attacking intentions themselves as the rain drizzled down on the slick Emirates Stadium pitch.

On 28 minutes, a cutback from Aaron Lennon through the six-yard box was only palmed away by Cech - but Everton defender John Stones could only hack the loose ball wide as it spun up off his shin.

After soaking up plenty of pressure in the rain, Arsenal swept into the lead on 36 minutes.Ozil found himself in some space on the right and delivered a superb floating cross over the Everton defence for Giroud to steal in behind and send a backward header past Howard.

Before Everton could regroup, they were 2-0 down.This time it was Santi Cazorla with the pinpoint ball in, whipping a free-kick on the left through the six-yard box - where Koscielny got in on the blind-side to nod in a second goal.

Everton were, however, quickly handed a way back into the match a minute before the break.Barkley broke down left and drilled an angled shot goalwards from 25 yards, which took a wicked deflection off the trailing leg of Gabriel and flew past Cech.

The match remained very open in the second half as both defences were stretched on the break.Giroud was inches away from a second goal on 68 minutes when Ozil delivered another slide-rule pass and the French forward lofted the ball over Howard, but was denied by the crossbar.

The visitors were soon close to an equaliser when Lukaku got up to head a cross from Barry onto the top of the crossbar.As the clock ran down, Everton continued to press and Deulofeu found himself in space on the right side of a crowded penalty area - but Cech was out quickly to make a superb block.

In stoppage time, Ozil was unfortunate not to add a third for Arsenal when his low 18-yard effort struck the base of the post.Barry was shown a second yellow card for a trip on substitute Kieran Gibbs as Everton finished with 10 men.