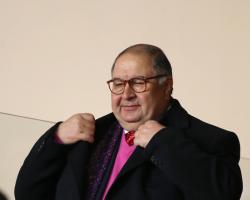 Alexis Sanchez helped 10-man Arsenal to a 3-1 win over Everton but Arsene Wenger's side missed out on Champions League qualification.

Arsenal needed to win on the final day and hope their rivals slipped up, and goals from Hector Bellerin, Sanchez and Aaron Ramsey ensured they held up their side of the bargain despite Laurent Koscielny's early red card

Romelu Lukaku had made it 2-1 by scoring from the penalty spot.

Both could now miss next weekend's FA Cup final against Chelsea, along with the suspended Koscielny, who was sent off in the 14th minute for a lunge on Enner Valencia.

The rewards from both the Premier League and Europa League mean the financial hit of missing out on the Champions League is less damaging than it once was - but it remains to be seen how it sits with Arsenal's players, Sanchez and Mesut Ozil in particular.

Wenger has intimated his own fate will be decided at a board meeting following the final at Wembley and this will certainly not have strengthened his position, at least with disgruntled fans, who directed their frustration here towards majority shareholder Stan Kroenke

But while Sanchez and Lukaku took their tallies to 24 and 25 goals respectively, Harry Kane's hat-trick at Hull left him on top on 29.

Ross Barkley, who looks set to leave Everton this summer, was also left on the substitutes' bench.

Bellerin gave Leighton Baines a torrid time in the early stages and when Welbeck somehow miskicked from five yards with the goal gaping, the full-back was on hand to slot Arsenal ahead.

It was the perfect start for the hosts, who had dominated the first quarter of an hour, but their momentum was checked when Koscielny leapt needlessly into Valencia and referee Michael Oliver responded with a red card.

Barkley came on for Tom Davies, presumably to take advantage of Arsenal's reduced numbers, but instead it was the 10 men that doubled their lead as Sanchez's shot fell to Welbeck, who in turn pulled back for Sanchez to pass the ball into the net.

Everton perked up with half-time in sight and could have scored when Barkley, Idrissa Gueye and Lukaku all shot in quick succession, but failed to convert.

Liverpool had taken the lead at Anfield shortly before the interval - although many might not have known given how quickly Arsenal's stadium announcer brushed over the scores - and word quickly spread when they doubled their lead early in the second half.

A nightmare five minutes then ensued as Gabriel left the field on a stretcher following a lunging tackle on Valencia, Liverpool scored a third and Everton reduced the deficit after a Rob Holding handball allowed Lukaku to slam a penalty into the corner.

It was enough to prompt Arsenal's fans into a chant urging Kroenke to leave, and there were more boos when Valencia, deemed by some fans to have exaggerated Koscielny's earlier tackle, was substituted late on.

Alex Iwobi, on from the bench, twice should have put the result beyond doubt and his wastefulness was almost punished when Barkley flashed wide.

Ramsey added a final flourish, however, bending into the far top corner as Arsenal confirmed the most deflating of victories.