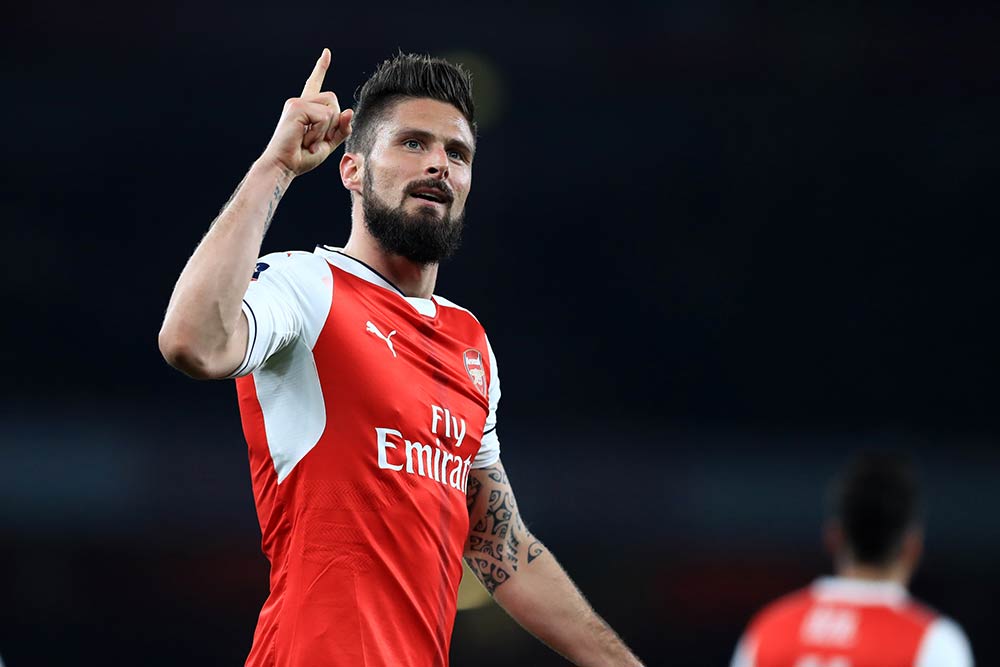 This was a potential banana skin game, and the way Lincoln came out of the blocks looked as though it could happen, but they ran out of steam in the end.

We didn't play that well - Yes we strung together some nice passes eventually, but Lincoln are a non-league team after all. It remains to be seen whether or not we can put five past our next Premier League opponents. Confidence could wane again when faced with decent opponents.

This is a stay of execution for Wenger. For me his position is no more secure than it was on Tuesaday night.

Arsenal ended a miserable week on a relative high as they easily saw off non-league Lincoln 5-0 to reach the semi-finals of the FA Cup.

The cup competition has offered solace to under-fire manager Arsene Wenger in recent seasons and the Frenchman needed this win as their Premier League and Champions League hopes died in the preceding week.

Lincoln could not add to his woes despite a positive first half, which ended in Theo Walcott putting the Gunners ahead before they ran riot after the interval.

An Olivier Giroud effort, a Luke Waterfall own goal, a solo Alexis Sanchez strike and Aaron Ramsey's second of the season sealed the win and safe passage into the last four.

Wenger has won the FA Cup a record-equalling six times and another success could see him choose to sign a new deal at the Emirates Stadium, as he admits he is still undecided over his future.

He took no chances as he named a full-strength side for the visit of a team 87 places below them in the football pyramid, but it took until the second half for their quality to tell.

Another protest against his regime was held before kick-off and the visitors, cheered on by 9,000 supporters, started well and showed plenty of confidence - demonstrated when striker Matt Rhead controlled a ball in his own half and played it away with a back-heel.

Ramsey had a great chance to open the scoring inside 10 minutes but guided a low shot wide of goal having been played in by Hector Bellerin.

Walcott came closer still as he latched onto Luke Waterfall's weak headed clearance to volley in a shot which Imps goalkeeper Paul Farman touched onto the post.

If Lincoln thought Arsenal's side was strong, it was arguably reinforced further still when Mesut Ozil came on for the injured Alex Oxlade-Chamberlain before the half-hour mark.

The National League leaders had their best chance soon after as Nathan Arnold burst into the box and cut inside before forcing Petr Cech into his first decent save.

Arsenal could not settle into a rhythm as Lincoln came close to seeing out the first half with their clean sheet in tact.

But it was not to be, as Farman was caught out by a cross-shot from Ozil and scrambled the ball behind, with Walcott's effort from the resulting corner taking a big deflection on its way to giving Arsenal the lead.

Farman did well to keep out a Giroud drive after the restart, with Kieran Gibbs then nodding over from six yards out.

The killer goal did come just seven minutes after the break, Giroud tucking away his chance after Bellerin and Sanchez had exchanged passes in the Lincoln box.

Bellerin bent a shot inches wide as Arsenal looked to add to the margin of victory but it was Imps' skipper Waterfall who inadvertently guided Gibbs' cross past his own goalkeeper.

Sanchez scored the pick of the bunch as he ran inside and arrowed in the fourth before sloppy defending allowed Ramsey to finish from on the goal-line.

Chile forward Sanchez rattled the bar with a late free-kick but Arsenal's spot in Monday night's draw was long since assured.