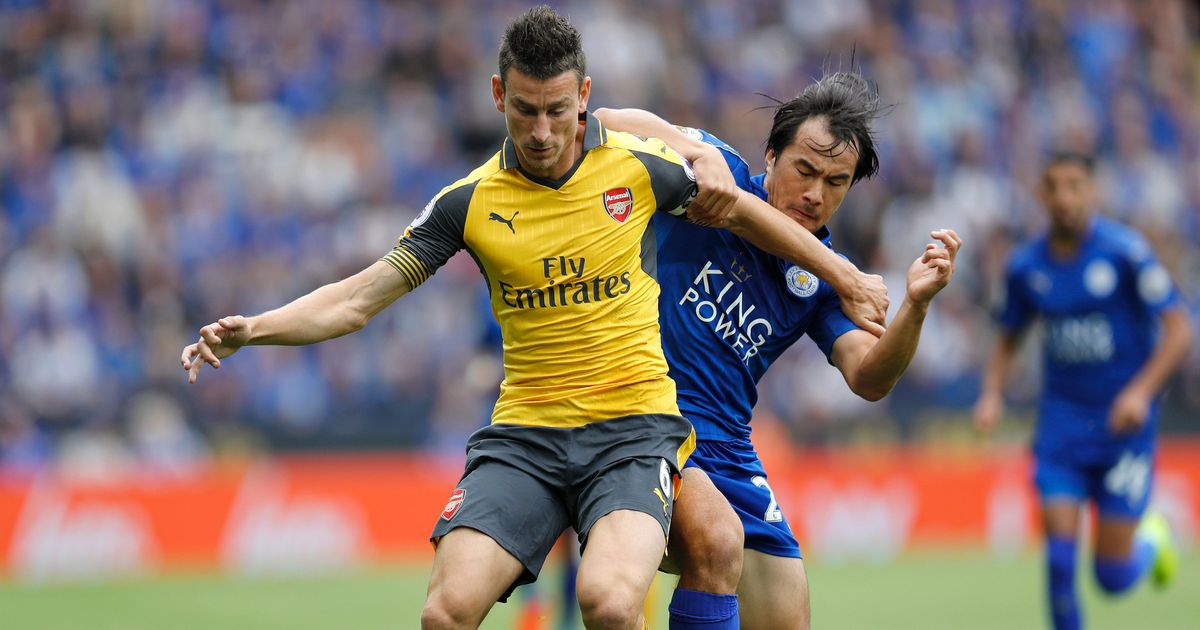 Will Wenger spend? - Truthfully, nobody except the man himself knows the answer to that question.

One thing is definite - If he fails to strengthen the squad there will be an outcry from the Gooner faithful. Even Arsene's staunchest defenders are quietly calling for some spending, and the more viciferous are shouting from the rooftops.

He has another week to signal his intent.

Leicester and Arsenal ground out a 0-0 draw at the King Power Stadium as the toothless Gunners were left to rue their lack of firepower.

Both teams remain winless after their opening two Premier League games, with champions Leicester frustrating the visitors for long spells on Saturday evening.

For the hosts, Danny Drinkwater had strong penalty claims dismissed as Jamie Vardy, who rejected Arsenal over the summer before signing a new deal with Leicester, and his team-mates fired blanks.

Arsenal, the only visiting team to win in the league at this venue last term, bossed the first half without ever looking like they would score.

Comfortable in possession - with the Foxes clearly missing N'Golo Kante following his move to Chelsea - Arsene Wenger's team were left trying to thread the ball through Leicester's massed ranks.

Hector Bellerin and Walcott wriggled free down the left twice in the opening 25 minutes but there was nothing to seriously trouble the hosts and, for all of Arsenal's delicate play, they again looked to lack punch even as Leicester struggled to impose themselves.

Alex Oxlade-Chamberlain bent a shot wide from 25 yards before Santi Cazorla almost opened the scoring on 31 minutes when his floated free-kick had to be scooped away by Schmeichel.

The goalkeeper claimed Cazorla's 25-yard effort soon after but there was little cutting edge to the Gunners.

All of the supposed danger came from outside the area, with Alexis Sanchez often lost in a sea of blue shirts and isolated

But Vardy and Leicester suddenly woke up three minutes before the break when the striker burst on to Riyad Mahrez's pass.

Petr Cech smothered at his feet and the ball fell to Drinkwater, who went down under Laurent Koscielny's challenge but referee Mark Clattenburg was unmoved.

Leicester lost debutant Nampalys Mendy just six minutes into the second half when he fell awkwardly and was replaced by Andy King.

But it was a lively restart from the Foxes and Mahrez fired a free-kick over as they looked to shake off their tepid first half.

Bellerin then tested Schmeichel and Walcott had the ball in the net after 58 minutes but had been ruled offside.

Vardy had endured another quiet half but his chance came with 20 minutes remaining when Marc Albrighton forced an error to send the striker clear.

He raced down the right and cut inside but, under pressure from Koscielny, only managed to shoot wide from the angle.

Walcott, the Gunners' biggest threat, then fired at Schmeichel and was denied by Wes Morgan with 10 minutes left when he burst through

Schmeichel was finally tested two minutes later when he saved at the feet of Mesut Ozil, but it was a standard save during a routine match for the Denmark goalkeeper.

It was the start of a frantic finish as Ahmed Musa was denied a penalty when he went down under Bellerin's challenge and Cech saved Mahrez's effort after the winger had tricked his way into the box, but there was to be no breakthrough.