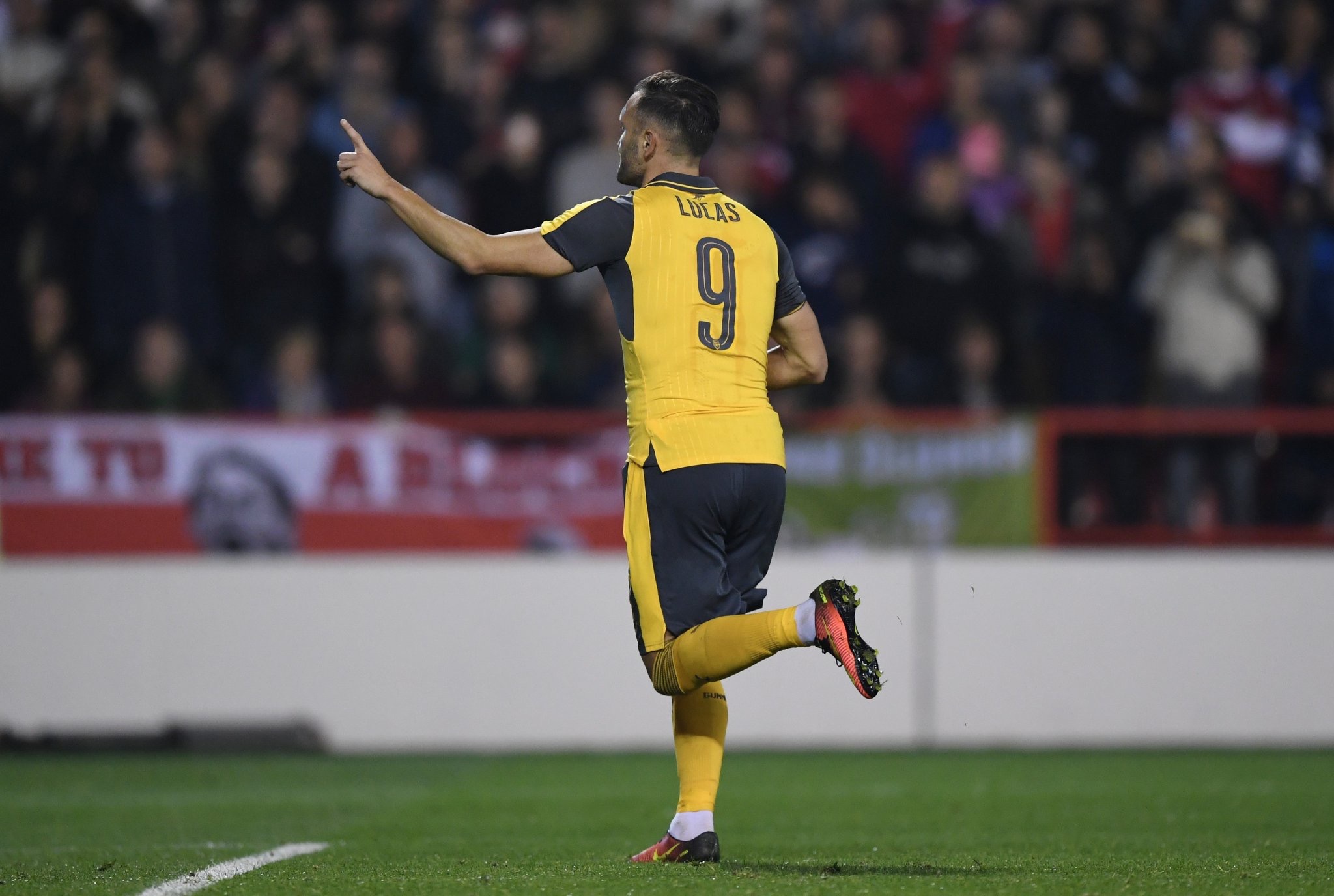 This was a good night - a four goal drubbing of Forest and we're heading towards fixture congestion central.

Xhaka did it again - Clearly the lad has an eye from 35 yards. perez was lively, netting a penalty in emphatic style, and bullying his towards a second goal - very promising, but can he do it against top class defenders? He'll get his chance to try no doubt.

Even the out-of-form OX got in on the act.

All in all a good night's work.

The Gunners' only two League Cup triumphs in 1987 and 1993 each featured wins over the Reds and Granit Xhaka's strike and a Lucas Perez double set the ball rolling for history to perhaps repeat itself.

Xhaka produced a carbon copy of his stunning long-range goal against Hull to give Arsenal, showing 11 changes from Saturday, the lead midway through the first half and Perez's penalty after an hour extended the advantage.

Perez then put the tie beyond doubt with another goal 11 minutes later, ensuring there would be no Forest win to mark the 12th anniversary of Brian Clough's death, before Alex Oxlade-Chamberlain completed the scoring in stoppage time.

Nicklas Bendtner, making his first start for Forest against the club with whom he spent nine years, set up Pajtim Kasami with a low cross into the penalty area but he rolled his shot agonisingly wide, with goalkeeper Damian Martinez well beaten diving the opposite way.

Both home and away fans at the City Ground rose in the 12th minute to give former Forest manager Clough a standing ovation as a moment of remembrance.

However the mood and applause was nearly abruptly halted by Chuba Akpom, who would have given Arsenal the lead had it not been for the fingertips of Vladimir Stojkovic.

Bendtner then showed both sides of the character which has typified his career by catching Xhaka with a late foul and receiving a needless yellow card, before almost scoring his first Forest goal by flashing a fierce right-footed shot narrowly wide of the far post from the left edge of the penalty area.

Xhaka scored his first Arsenal goal at Hull with a superb 30-yard strike into the top corner of the net and the summer signing from Borussia Monchengladbach repeated the feat after 23 minutes.

Stojkovic looked to get a strong hand to the shot but merely took the pace off the ball and it nestled in the back of the net.

Arsenal came close to extending their lead shortly before half-time following a swift counter-attack which culminated in Akpom and Jeff Reine-Adelaide linking up neatly down the right side of the penalty area, with the latter poking an effort just wide of the far post.

It was 2-0 when Akpom went down under a challenge from former Chelsea defender Michael Mancienne, with Perez tucking away the resulting spot kick.

The Spaniard could have had a hat-trick shortly afterwards but Stojkovic smothered his 15-yard effort.

At the other end, Martinez held a crisp Osborn strike late on before Perez put Oxlade-Chamberlain through on goal and he slotted a low shot into the bottom corner of the net to round off a comfortable evening for Arsene Wenger's team.