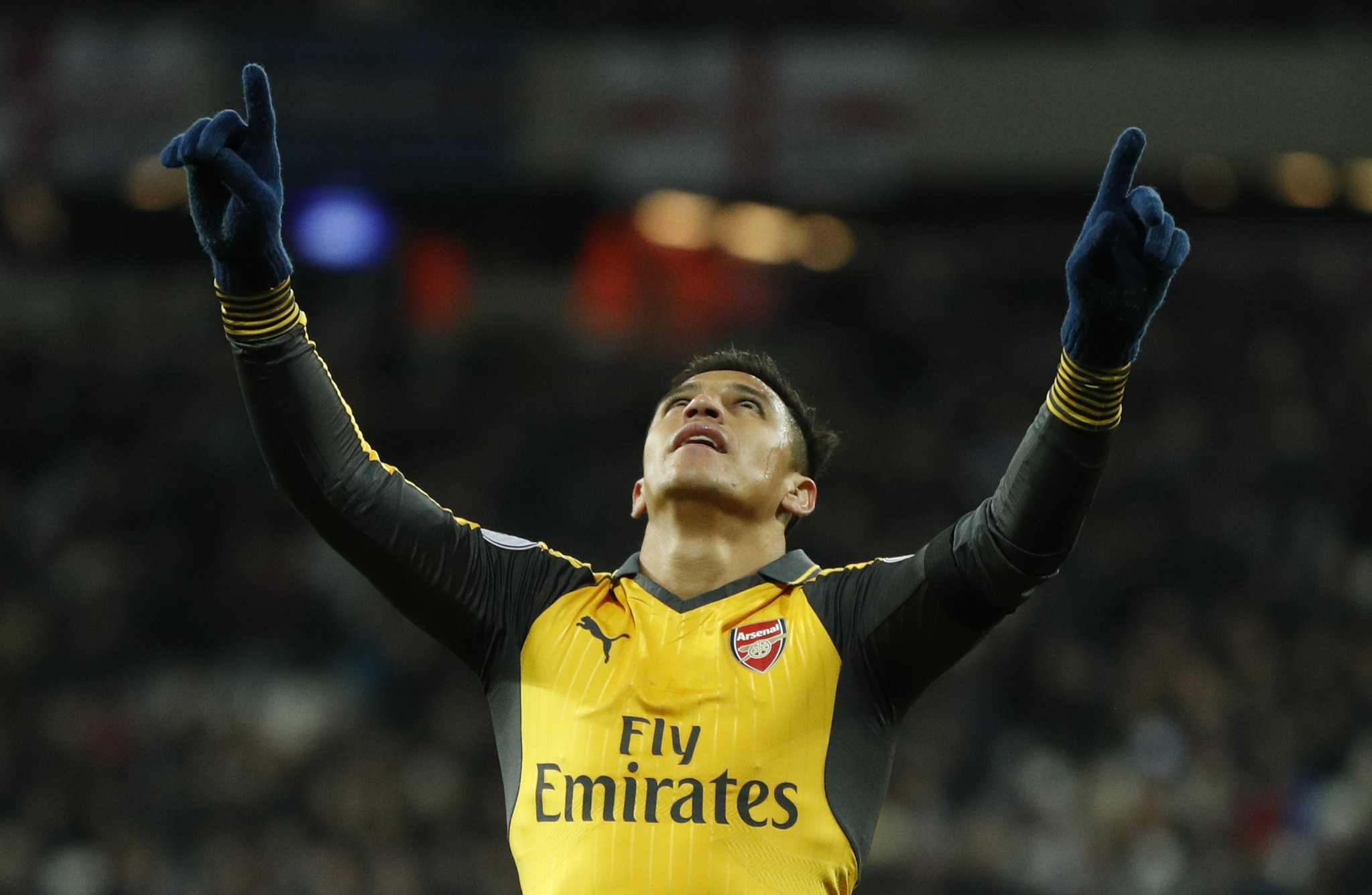 We started without much cohesion - Again no Santi to orchestrate the play, and with third-choice right back Gabriel in the fray.

West Ham were woeful, and consequently we created plenty of chances. It took us a while to put any of them away though, until Sanchez gifted a goal to Mesut Ozil to break the deadlock.

The rest of the game belonged to Sanchez. The Ox got a great goal, but it was Sanchez who dominated proceedings, and had the frustrated Hammers fans steaming towards the exit gates.

"We can see you sneaking out"

Great preparation for the final Champions League group game this week, now please can we have our injured players back?

Alexis Sanchez fired Arsenal up to second with a stunning hat-trick in a thumping 5-1 victory at West Ham.

The Chilean striker made it five goals in his last two appearances to keep Arsene Wenger's side hot on the tail of Premier League leaders Chelsea.

Sanchez also unselfishly set up the first-half opener for Mesut Ozil before striking three times after the break.

Andy Carroll grabbed a consolation upon his return from injury but the struggling Hammers promptly conceded a fourth to Alex Oxlade-Chamberlain before Sanchez wrapped up a commanding win.

Yet from out of nowhere they could have taken an 18th-minute lead when Dimitri Payet's ball sent Manuel Lanzini through, but he was forced wide and his eventual shot was tipped behind by Petr Cech

Five minutes later Arsenal went ahead after Angelo Ogbonna's ill-advised pass out of defence was charged down by Francis Coquelin.

The ball ricocheted to Sanchez, who skipped past the challenge of Winston Reid and bore down on goal before squaring for Ozil to tap in his eighth goal of the season.

Arsenal began attacking at will and Oxlade-Chamberlain fired wide before Sanchez curled a shot too close to Darren Randolph.

They should have doubled their lead when Oxlade-Chamberlain played Sanchez through on goal but his touch was heavy and the chance disappeared.

All the time the score remained 1-0 West Ham were in with a puncher's chance, however, and they could have levelled before half-time but Pedro Obiang nodded Ashley Fletcher's cross over.

The Hammers had chances after the break as well, with Laurent Koscielny intercepting as Fletcher was about to tap in Lanzini's cross and Fletcher driving narrowly wide.

At the other end Theo Walcott was kept at bay by Ogbonna's brave block before Randolph made a superb double save to deny Aaron Ramsey and Ozil.

But the second goal arrived in the 72nd minute when Sanchez burst into the penalty area, brushing off Arthur Masuaku and Ogbonna before drilling his shot across Randolph and into the net.

Carroll emerged from the bench after three-and-a-half months out and pulled one back when he headed in the rebound after Payet's free-kick hit the crossbar.

But Arsenal restored their three-goal advantage moments later, Oxlade-Chamberlain rifling home from long range for his first Premier League goal since the opening day of the season.

And Sanchez completed his sparkling treble in style, racing onto Oxlade-Chamberlain's pass and putting Randolph on his backside with a cute dummy before clipping home.