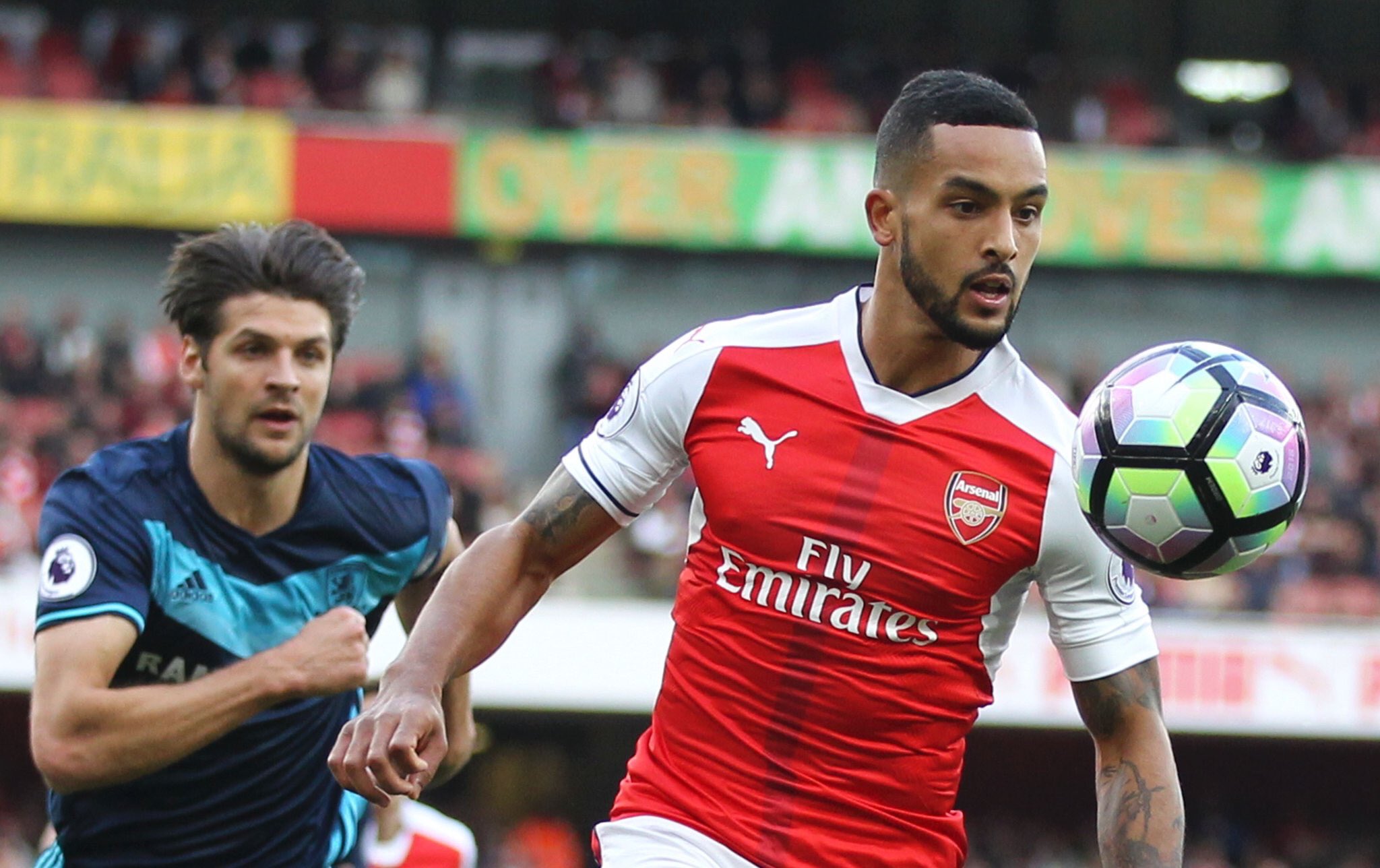 What was sadly lacking was any sort of height in the box - Boro came to defend, and their tall centre backs easily dealt with everything we threw at them.

We could have done with Giroud up frpnt to win the ball and hold it up, instead we had Sanchez - masterful with the ball at his feet but not the greatest aerial threat.

boro had their chances to score - some would say we were lucky to get a point out of the game, which would be fair.

We have to do better against these teams if we're to challenge this season - playing ugly is sometimes the only way but it doesn't come naturally.

We probably used up our share of luck at Burnley.

Petr Cech kept the toothless Gunners in the match too, producing three vital first-half saves as Arsenal extended their unbeaten run to 12 matches in all competitions.

Mesut Ozil thought he had stolen the points at the death, tapping home in the fourth minute of added time - only to be ruled clearly offside.

Drawing a blank at the Emirates will no doubt have left the Frenchman hugely frustrated.

Cech's status as the man of the first half indicated Arsenal's frustrations and their fortunes to meet the interval with the game still goalless.

Adama Traore picked Laurent Koscielny's pocket to race clear, only for Cech to stalk forward and produce a fine save.

The former Chelsea goalkeeper then leapt straight to his feet to deny Alvaro Negredo with the follow-up strike.

All credit was due to Cech for the double save, but former Manchester City striker Negrego should have buried the loose ball.

Gaston Ramirez whipped a free-kick against the angle of post and bar next as Arsenal continued to wobble.

But the Teesiders were quickly back on the attack, and again wasted a gilt-edged chance.

Cech rescued Arsenal once more, pulling off a fine save from Ramirez's point-blank header.

Negredo's effort glanced off Koscielny to fall kindly for Ramirez, only for Cech to produce another vital save.

Arsenal at least closed the half in style with their most eye-catching move to that point, Alex Iwobi racing on to a raking pass and laying off inside to Sanchez.

The Chile hitman clipped a clever pass across the box to Theo Walcott in the inside-right channel, and he duly fired square across goal for Ozil.

The onrushing Germany midfielder just arrived too late, however, leaving the sides level at the turnaround.

Sanchez missed a fine chance to open the scoring in the second half, flailing off balance with the goal at his mercy after Valdes had flapped at and missed a ball into Middlesbrough's box.

Valdes then palmed away Sanchez's wicked out-swinging 18-yard drive, before Hector Bellerin had to produce a vital sliding clearance in his own box following Nacho Monreal's rash challenge on Traore.

Middlesbrough continued to threaten on the break, with Traore drawing another fine save from Cech.

Shkodran Mustafi was perhaps a touch fortunate to escape with a yellow card for a reckless late lunge on Ramirez, upending the Middlesbrough forward after giving the ball away deep in Arsenal territory.

Sanchez spurned another fine opening when played through by Walcott after Francis Coquelin had recovered possession in the final third.

And, when Valdes headed a clearance outside his area straight to Walcott, the England forward could only scuff a tame first-time strike.

As Arsenal continued to labour for openings Middlesbrough broke at pace again, forcing Koscienly to produce a fine last-ditch recovery tackle on Negredo.