Arsenal 1 Spurs 1 - Honours even as we fail to capitalise 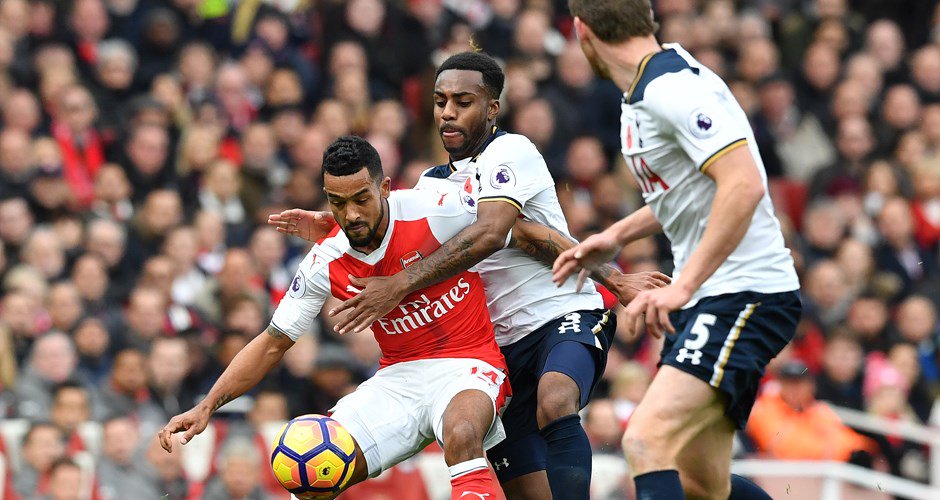 We started slowly, and never showed the cutting edge that would have enabled us to convert chances and half chances into something more meaningful.

A shame as we'd have gone top had we bagged all three points.

Spurs aren't the shit side that we all like to think they are - on another day they could have taken all the points, so I'm happy with a draw given the amount of possession they had.

As for our lads - they need to be more consistent - simple as that.

Harry Kane returned from seven weeks on the sidelines to score a second-half penalty and secure Tottenham a draw in their north London derby meeting with Arsenal on Sunday afternoon.

The result extended Tottenham's unbeaten start to the Premier League season with a battling 1-1 draw at the Emirates Stadium.

While Kane's return was expected, Mauricio Pochettino's switch in formation to play three central defenders was not, but after initially struggling against the new system it was Arsenal who went in ahead at half-time courtesy of a Kevin Wimmer own goal.

The draw means Arsenal miss the chance to go top of the table, while Spurs remain three points adrift of their neighbours despite not losing in the league so far.

The opening 20 minutes saw little in the way of clear-cut chances but it was Kane who came close to opening the scoring as he headed inches wide after diving to make contact with Christian Eriksen's cross into the middle.

Arsenal were struggling to create opportunities against a system they would not have been anticipating, Mesut Ozil scuffing a shot wide just after the half-hour mark the best they had offered up to that point.

But Alex Iwobi should have put the hosts ahead moments later but, having been freed inside the box by Alexis Sanchez, the Nigeria international shot straight at Hugo Lloris.

The Gunners seemed to adapt to attack Tottenham's back three and Theo Walcott came within inches of opening the scoring as he cracked an effort against the post from the edge of the box, with Ozil unable to control his shot from the rebound.

Arsenal made their newly-found dominance pay just three minutes before the break as Mousa Dembele fouled the marauding Hector Bellerin and Ozil's resulting free-kick was inadvertently headed past his own goalkeeper by Wimmer.

Spurs could rightly be aggrieved that at least two Arsenal players were offside when Ozil swung his set-piece in but the goal stood and Arsenal held the lead at the interval.

But they had the perfect chance to remedy any ill-feeling towards referee Mark Clattenberg as he awarded them an early second-half penalty with Laurent Koscielny adjudged to have tripped Dembele.

And Kane showed no rustiness as he slotted the resulting spot-kick past Petr Cech to draw the visitors level, with the Arsenal stopper keeping out Eriksen's low drive moments later as momentum shifted to the away side.

Danny Rose's deep cross looked set to pick out Kane unmarked at the back post but Nacho Monreal got back in the nick of time to prevent the forward tapping home.

Arsenal were still creating at the other end and Granit Xhaka was agonisingly close to getting his head to Iwobi's cross as Wenger's men looked to re-establish their lead.

Wenger introduced Aaron Ramsey, Olivier Giroud and Alex Oxlade-Chamberlain from his strong bench and it was the former who drove just over the bar as Arsenal again turned the screw as the half progressed.

Eriksen hit the same post as Walcott when his free-kick missed everyone in the box before clanging against the woodwork before Giroud headed straight at Lloris in the closing moments as both sides had to settle for a share of the spoils.