Arsenal 1 Tottenham Hotspur 1 - Lucky to get a draw 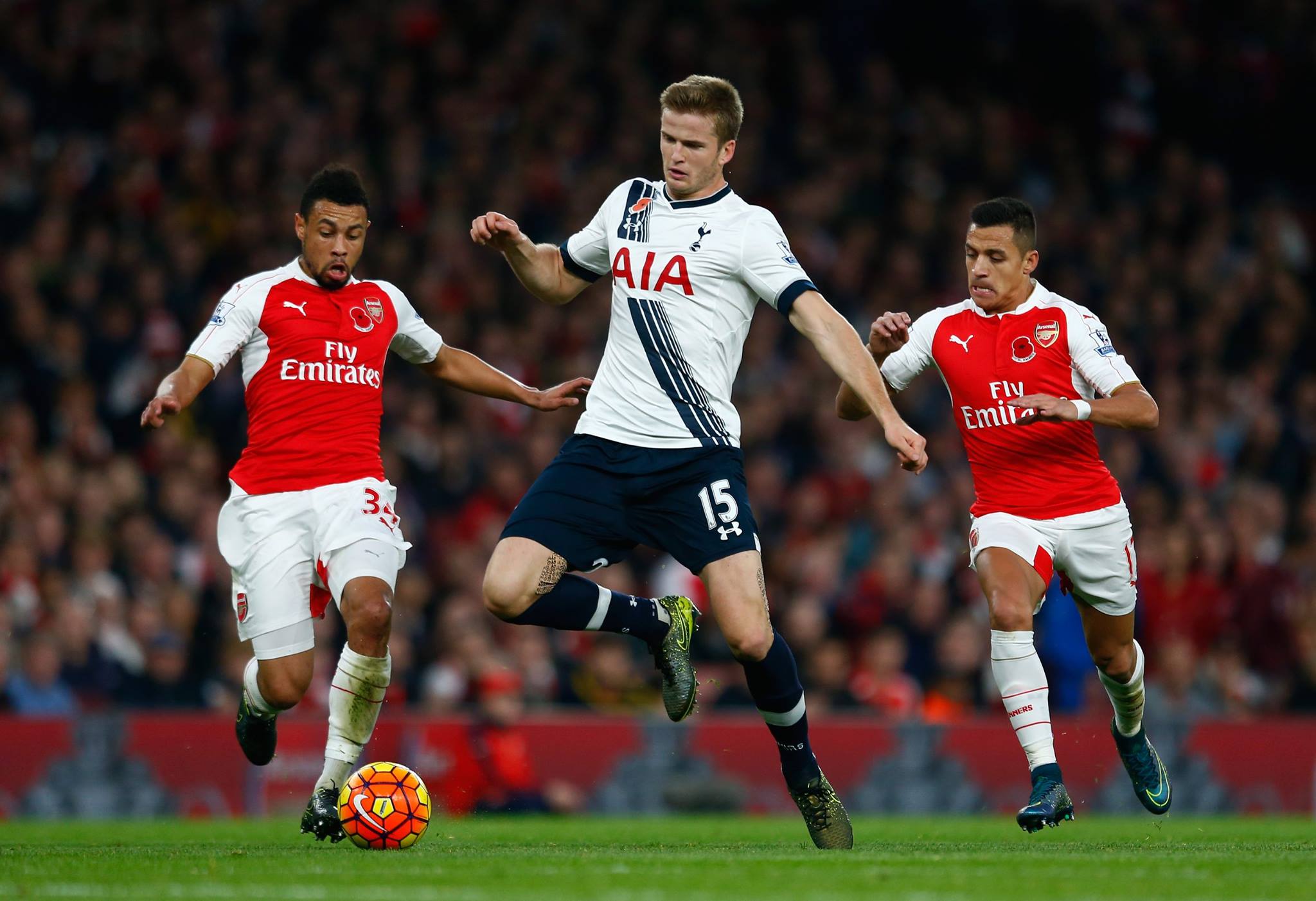 This was desperate stuff - from the off Spurs wanted it more.

Were we jaded after the thrashing in Munich? - who knows, but today we didn't turn up. Of course the squad is decimated by injury, but in reality that's no excuse.

That being said, we could have won the game had Giroud not been so wasteful in front of goal.

The biggest problem was lack of pace and movement - with Bellerin, Walcott, Welbeck and The Ox all missing, most of out pacey players are on the treatment table.

We need to get players back if this title challenge is going to last.

Arsenal missed the chance to go top of the Barclays Premier League as they were held to a 1-1 draw by Tottenham in Sunday's north London derby at the Emirates Stadium.

The Gunners - thumped 5-1 at Bayern Munich in their midweek Champions League tie - had to come from behind after Harry Kane fired the industrious visitors into a deserved first-half lead.

Substitute Kieran Gibbs bundled in a first league goal since March 2012 on 77 minutes to set up a grandstand finale.

However, Arsene Wenger's side - missing the likes of Theo Walcott, Alex Oxlade-Chamberlain, Hector Bellerin, Aaron Ramsey, Jack Wilshere and Danny Welbeck through injury - could not conjure a winner, so remained level with Manchester City, who earlier drew 0-0 at Aston Villa.

It was an electric opening to the 82nd north London derby, with both sides quick on the break but lacking a telling pass in the final third.

Spurs created the first real opening when a deep free-kick from Christian Eriksen floated over to the back post, where Eric Dier sent his angled header wide.Kane fired the visitors in front on 32 minutes.

Full-back Danny Rose chipped a long ball over the Arsenal defence, with Per Mertesacker caught up field and Laurent Koscielny trying to play offside, which released Kane into the Arsenal penalty area.

The England forward, who scored against Anderlecht in Thursday's Europa League tie, dipped his shoulder before curling a low effort past Petr Cech into the bottom-right corner.

Arsenal - who had won their last five Premier League games - looked to produce a response, but were again frustrated in the final third as the visitors comfortably closed out the first half.

Wenger made a change for the restart, with Mathieu Flamini - who scored twice in the Capital One Cup victory at Spurs earlier this term - replacing Santi Cazorla in midfield.

Arsenal were close to an equaliser when Joel Campbell cut in from the right and curled a low effort towards the far corner, which Hugo Lloris got down at full stretch to turn away.

Spurs then came within inches of doubling their lead when Eriksen darted into the right side of the Arsenal penalty area and his angled shot was deflected off Flamini and drifted across the face of goal, dropping just past the far post.

Arsenal hit the crossbar on 54 minutes after Mesut Ozil sent over a deep free-kick from the right and Olivier Giroud just could not keep his looping header down.

The France forward then glanced a free header wide from six yards following Ozil's corner.Spurs weathered the storm and were soon back in the ascendancy, as Cech beat away a bullet header from Toby Alderweireld at point-blank range.

Wenger sent on Gibbs, replacing Campbell, and the defender - pushed onto the left flank - pulled Arsenal level on 77 minutes.Ozil swung over a deep ball from the right, which floated across the Spurs area and Gibbs arrived on queue at the far post to volley past Lloris, as the goalkeeper fell back into the net.

Arsenal had the momentum now, with Giroud forcing another smart reaction save from the under-siege France goalkeeper, but Spurs held out for a deserved point.