Arsenal 2 Hull City 2 - Lucky to get a point 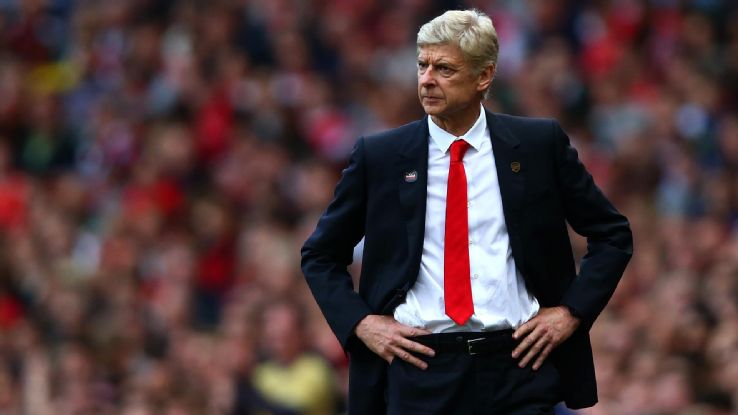 It was more of the same old stuff - defensive lapses, no thrust going forward, and the same old predictable tactics.

Wenger deserves our respect but he also deserves criticism when it's due. He shouldn't be paid 10 million quid a year for an easy life which is what he's getting at the moment. Time for him to feel some pressure I think.

Two wins from eight games in the league simply isn't good enough - we've blown it for this season and now face a battle to finish fourth as usual - I'm getting a little bored with it all to be honest.

Danny Welbeck netted a stoppage-time equaliser as injury-hit Arsenal fought back to draw 2-2 against Hull at the Emirates Stadium.

The Gunners, with a makeshift defence and missing Mesut Ozil because of a knee injury, had taken an early lead through Alexis Sanchez.

However, Hull hit back with a controversial equaliser from Mohamed Diame, as Arsenal claimed a foul in the build-up, and then took the lead right after the start of the second half through Abel Hernandez, who had only been playing after an injury to Nikica Jelavic in the warm-up.

Arsenal, who lost Jack Wilshere to what could prove to be another ankle problem, pressed to get back into the match, but looked to have been frustrated before Welbeck slotted home in the first of six minutes of added time, and almost snatched it at the death through Kieran Gibbs, who was denied by stand-in Hull goalkeeper Eldin Jakupovic.

The hosts had little option but to move Nacho Monreal into an emergency centre-half and give Hector Bellerin his Barclays Premier League debut at right-back, such is the selection problems for manager Arsene Wenger.

It was, though, a bright start by the Gunners.

Welbeck collected a ball up to the edge of the Hull penalty area and held off James Chester before rifling in an angled drive, which Steve Harper beat away and then was quick to block the follow-up from Sanchez.

Even better was to come from the Hull goalkeeper, though, as Harper acrobatically tipped over a curling 20-yard effort from Santi Cazorla at full stretch with one hand.

However, he could do little to prevent Arsenal sweeping into the lead on 13 minutes with finish of the highest quality from Sanchez.

The Chile forward, signed from Barcelona for £30million in the summer, collected the ball on the right, and darted into the Hull penalty area before cutting back in side to drill a low shot across the goalkeeper into the far corner.

After Alex Oxlade-Chamberlain's shot was blocked by Curtis Davies as the Arsenal players appealed for handball, Hull were level on 17 minutes.

Diame, one of several signings by Steve Bruce during the summer transfer window, picked the ball up some 25 yards out and barged past Monreal.

Mathieu Flamini then looked to have been pulled back by the midfielder, but referee Roger East allowed play to continue, with Diame clipping the ball over Wojciech Szczesny - much to the dismay of the Arsenal players and bench.

Arsenal looked to regain the initiative, having been in complete control before the controversial equaliser.

Hull dropped plenty of men behind the ball and proved difficult to break down in the final third.

There was a delay just before half-time when Harper needed treatment after collecting a pass-back and looked to have injured his shoulder or neck. Veteran Swiss keeper Jakupovic came on.

Hull snatched the lead right at the start of the second half.

Tom Huddlestone got clear on the right and floated a ball into the Arsenal penalty area, where Hernandez easily got in front of Per Mertesacker to power a header past Szczesny.

Once again Hull sat back, inviting Arsenal pressure, but the hosts continued to lack any spark in the final third.

With 26 minutes left, Hernandez was replaced by Gaston Ramirez, while Arsenal sent on Aaron Ramsey, out for several weeks with a hamstring injury.

Wilshere then hobbled off after looking to have jarred his ankle in a tackle with Ramirez, which earned him a yellow card. Costa Rica forward Joel Campbell came on.

Hull defender Michael Dawson went down in a heap at an Arsenal corner, but was able to continue only to then be forced off after blocking a goal-bound effort from Sanchez, who then saw a looping header tipped over by Jakupovic.

Just after the fourth official showed six minutes of added time, the Chile international skipped to the edge of the Hull area before slipping in Welbeck, who guided the ball into the far corner to equalise.

Arsenal poured forwards in search of a dramatic winner, with Jakupovic spilling a low shot from Cazorla and then blocked Gibb's late run at the far post as Hull held out.