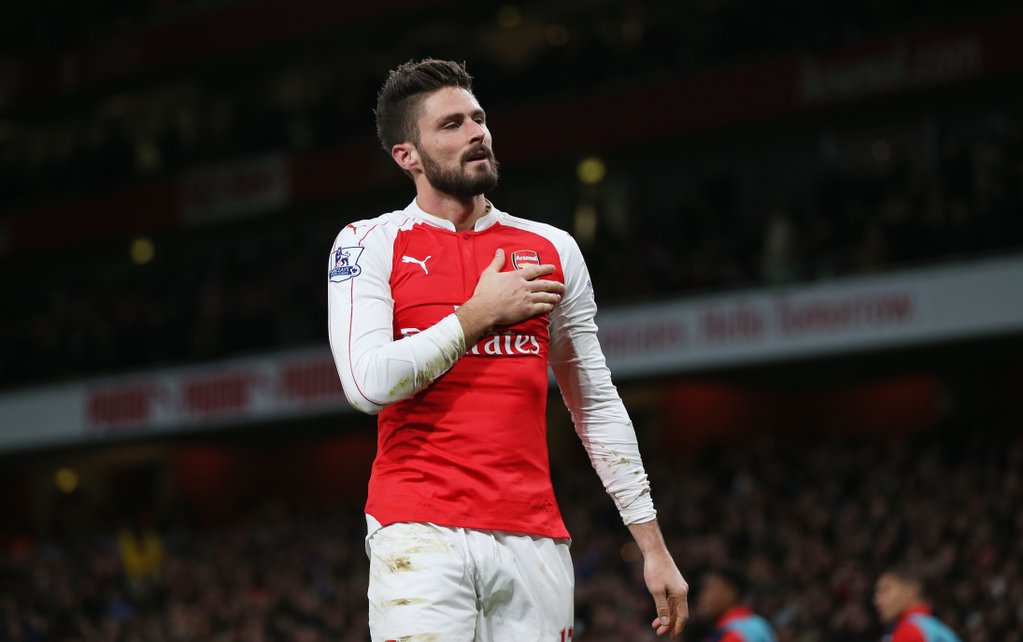 Despite having less of the ball than the visitors, and fewer shots on goal, we made our contribution to the game count.

Özil was instrumental in our performance, creating both goals before being subbed off 15 minutes before the end.

We defended well, against a City side who weren't short of attacking talent, and whose midfield played it tough all game.

Our midfield looked a little disjointed at times, but Ramsey got into the game eventually and could have scored twice. We need the guile of Cazorla and sanchez back though - no question.

Arsene Wenger's side soaked up some early City pressure before Theo Walcott curled home just after the half-hour mark for his first league goal since he scored in the 5-2 win over the Foxes in September.

The Gunners even have their own answer to Leicester hot-shot Jamie Vardy as Olivier Giroud made it 12 goals in 14 games, doubling Arsenal's advantage on the stroke of half-time with Yaya Toure's late consolation not enough to prevent the hosts winning.

Arsenal's 2-0 victory at City in January was a result Wenger said gave him and his players belief they could beat the big teams and challenge for the title.

And much of this performance was similar to that at the Etihad Stadium, and the recent Champions League victory over Bayern Munich here, as Wenger's side put in a professional and measured display rather than adopting a risky approach of all-out attack.

The momentum before the game appeared to be with the visitors who welcomed Sergio Aguero back into their side after a heel injury, while Arsenal's Alexis Sanchez had failed in his own attempt to be fit for the clash.

And the hosts started slowly with City's Kevin De Bruyne getting in the first meaningful shot of the game as he drew a save out of former Chelsea team-mate Petr Cech at the midway point of a first half.

It was then De Bruyne who was guilty of passing up the best chance of the half as Arsenal over-committed and were caught out on the counter-attack.

The winger broke down the right before cutting inside and arrowing a shot wide instead of passing inside to an onrushing David Silva.

Moments later a simple ball into Mesut Ozil allowed him to play in Walcott, who carried the ball back out of the penalty area before arching a superb finish past the despairing dive of his England team-mate Joe Hart.

And things got even better for Wenger's men on the stroke of half-time as Eliaquim Mangala gifted possession to the Gunners and Ozil again produced the assist, sliding in a pass for Giroud to finish between Hart's legs.

Pellegrini introduced Raheem Sterling at the break, but it was Joel Campbell who should have added a third soon after the restart - however, he could only sweep Nacho Monreal's cross over Hart's crossbar.

Aguero then made way for Wilfried Bony having lasted a little over an hour on his latest comeback from injury and Toure gave City a lifeline as he guided a measured left-foot finish past Cech with eight minutes remaining.

Bony then saw a shot deflected behind as Arsenal began to drop back further towards their own goal - inviting further efforts from Ivory Coast pair Bony and Toure towards the death.

But Arsenal hung on to take another vital three points and remain on the coat-tails of surprise leaders Leicester heading into the festive fixtures.