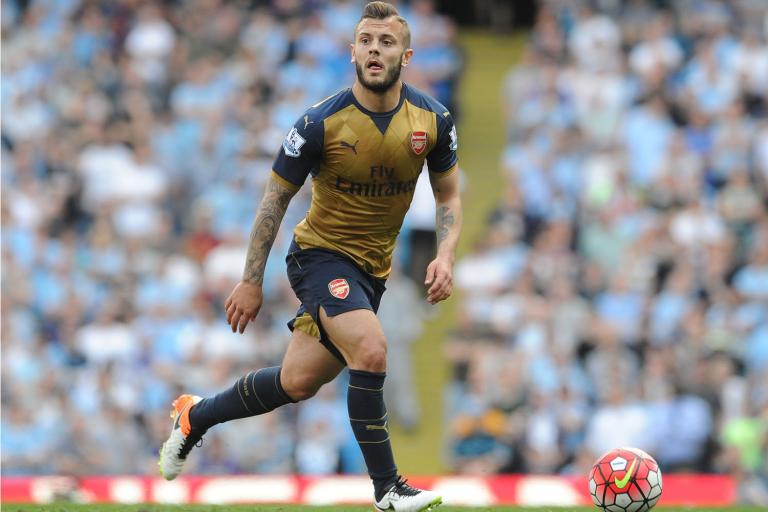 Arsenal twice came from behind to claim a 2-2 draw at Manchester City that had contrasting implications for both sides' Champions League hopes.

Goals from Olivier Giroud and Alexis Sanchez cancelled out efforts from Sergio Aguero and Kevin De Bruyne at the Etihad Stadium to all but guarantee the Gunners a place in the Barclays Premier League's top four.

But for fourth-placed City, despite a lively display much improved on recent games, the result was more damaging and their fate is now out of their hands.

Rivals Manchester United can now overtake them by winning their game in hand in midweek and there is a worry City could now begin the Pep Guardiola era without Champions League football.

The other major headline from the game was an injury to Arsenal and England striker Danny Welbeck, who limped off midway through the first half. His Euro 2016 hopes could now be in jeopardy.

The game got off to a frantic start with City clearly well aware of what the consequences of failing to win could be.

They were criticised for not showing enough attacking intent in their Champions League semi-final loss to Real Madrid in midweek but they could not be accused of that on this occasion.

The Gunners had hardly touched the ball when the lively Aguero found the space to turn on the edge of the area and drill home a low shot after just seven minutes.

Yet almost immediately City undid their good work as former Arsenal defender Gael Clichy wrong-footed Joe Hart with a header and almost handed his old side a bizarre equaliser.

A relieved Hart saw the funny side as the ball shaved the post but he was not laughing moments later as Giroud lost Eliaquim Mangala to head home from the resulting corner.

The drama continued as Welbeck went down holding his leg and an attempt to run off the problem proved fruitless. He shook his head and effectively substituted himself, walking off the field and straight down the tunnel.

His misfortune allowed another England international to press his Euro claims with Jack Wilshere coming on for only his second appearance of the season.

City reclaimed the initiative with Fernando and Fernandinho excellent in midfield, continually winning possession and setting up attacks.

Aguero had an effort deflected over and he barged a reckless Petr Cech out of the way on another charge but Jesus Navas scooped over.

De Bruyne twice threatened before the break and Arsenal did not take note as they allowed him to burst though to put City back in front after 51 minutes.

The Belgian ran unchallenged from halfway to the edge of the box and then beat Cech, who was slow to react, with a shot low to the keeper's right.

City could have had a third shortly afterwards but Kelechi Iheanacho shot wide aiming to beat Cech to the same bottom corner.

Arsenal again responded well to conceding and substitute Theo Walcott might have done better as he lifted the ball wide after racing through on goal. A second equaliser came moments later, however, as Sanchez broke from deep, playing a one-two with Giroud and then clipped a firm shot past Hart.

That was a move almost repeated by City but Aguero shot narrowly wide from from De Bruyne's clever return flick.

It proved City's last good chance as they were forced to settle for a draw and disappointment for Manuel Pellegrini in his last home match in charge.