Spurs 2 Arsenal 2 - A useful point, but a game we could have won 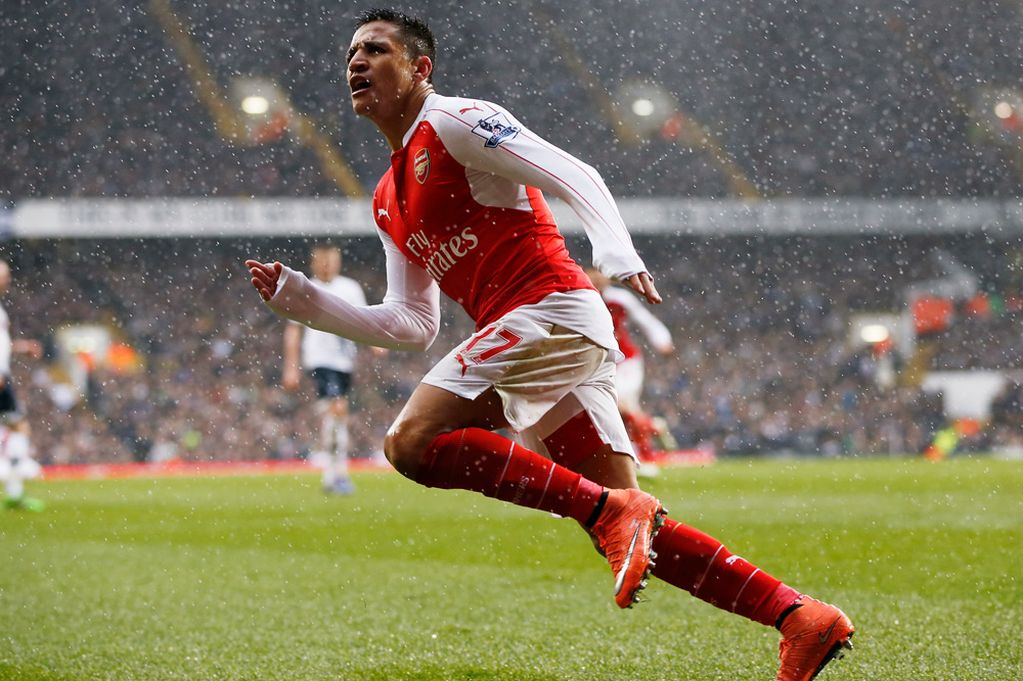 We were a goal up when Coquelin earned his second yellow of the game for a ridiculous challenge, and minutes later we were a goal behind.

At this point it was looking like a humiliating afternoon, but the lads shocked everybody by reacting as they should and clawing their way back into ther game.

Sanchez equalised, and we could have got a winner - had we not been down to ten men it could have been all three points.

Leicester keep winning, so today's draw does neither side any good really - except it might possibly have given our disheartened players some self-confidence back. We can but hope.

Ten-man Arsenal came from behind to draw 2-2 at Tottenham as the two north London clubs handed the Barclays Premier League title impetus to Leicester.

Aaron Ramsey opened the scoring for the visitors with a flick but, after Francis Coquelin saw red for the Gunners, Toby Alderweireld and Harry Kane turned the game around inside two minutes.

Arsenal, who lost from a winning position against Swansea on Wednesday, kept plugging away and levelled through Alexis Sanchez's first league goal since October - meaning Leicester have the chance to further extend their lead at the top on Saturday evening.

Tottenham were dominating the early stages without creating the chances - the first of which came on 25 minutes as Kyle Walker drilled in a cross which Erik Lamela turned towards goal and David Ospina made a superb save.

Coquelin was cautioned for handling the ball while on the ground as the Gunners struggled to get a foothold in the game, only for them to go ahead shortly afterwards.

Danny Welbeck squared the ball across the box to Hector Bellerin, who laid it into Ramsey to deftly flick home past Hugo Lloris.

Spurs were again in the ascendency after the break, Walker stinging the palms of Ospina with a drive from the edge of the box.

Arsenal then suffered the blow of seeing Coquelin sent off for a second bookable offence as he upended Kane on the touchline to receive his marching orders from Michael Oliver - leaving the visitors down to 10 for the last 35 minutes.

Tottenham nearly made their new-found advantage count immediately but Kane's close-range effort was somehow kept out by Ospina, with goal-line technology showing only around an inch of the ball not over the line.

But the Colombian could do nothing to prevent Alderweireld drilling home from a similar position moments later after Christian Eriksen's corner was diverted into his path by Lamela.

Kane then showed that he can make the difference in the title race, turning the game on its head with a memorable curling effort from an acute angle.

The England international had only managed one goal in his last six games going into the derby but came close to adding to Tottenham's lead as he flashed a shot wide, as torrential rain began fall on White Hart Lane.

Spurs made heavy weather of their task against 10 men as Sanchez levelled with a smart finish from Bellerin's pass, with Lloris only able to get fingertips on the ball as it flashed past him.

Eric Dier was lucky not to go the same way as Coquelin as he avoided picking up a second booking for pulling back substitute Olivier Giroud on the halfway line.

Ospina was on hand to tip a late Eriksen effort behind for a corner before Gabriel came close to gifting Spurs the win, slicing just wide of his own goal.

Ramsey was denied by Kevin Wimmer's last-ditch challenge at the other end as the points were shared.