10 of Arsene Wengers Worst Ever Signings as Arsenal Manager

After Arsenal's embarrassing defeat to Crystal Palace on Sunday, all eyes were firmly squared on Shkodran Mustafi. Just how on earth did the German end up at the Emirates in the first place? Surely someone, somewhere must have seen that this was £35m that was not going to be money well spent.

Instead, the error-strewn centre-back has come to epitomise the fragility of Arsenal's backline in recent seasons, and unfortunately for former boss Arsene Wenger, is one of the Frenchman's lasting legacies. Le Professeur was lauded for his eye in the transfer market, but suffice it to say, that not all of Wenger's dealing turned out to be the next Thierry Henry or Sol Campbell.

As such, to give old Musti a bit of company, here's a look at some of the worst signigns Arsene Wenger ever made in his 22-year reign in charge of Arsenal. Let's start with the man on everybody's lips, Shkodran Mustafi. The German World Cup winner may have single-handedly cost the Gunners Champions League football next year with his latest calamity against Crystal Palace. To put into context just how bad of a deal ​Arsenal got, north London rivals Tottenham managed to sign Toby Alderweireld, Jan Vertonghen, Kieran Trippier, Ben Davies and Danny Rose for the same amount of money they spent on the German. A man who knows no end to balls-ing things up, the sooner new manager Unai Emery cuts Arsenal's losses on the defender the better.​ Arsenal's worst ever defender? I think so. Possibly the worst Brazilian left-back of recent times, Andre Santos had the odd endearing moment in his time at Arsenal ie a goal in the crazy 5-3 win at Chelsea, but was more known for his complete lack of defensive responsibility. The defender signed for the Gunners on deadline day in that turbulent summer of 2011, and in hindsight, the deal just reeked of desperation. 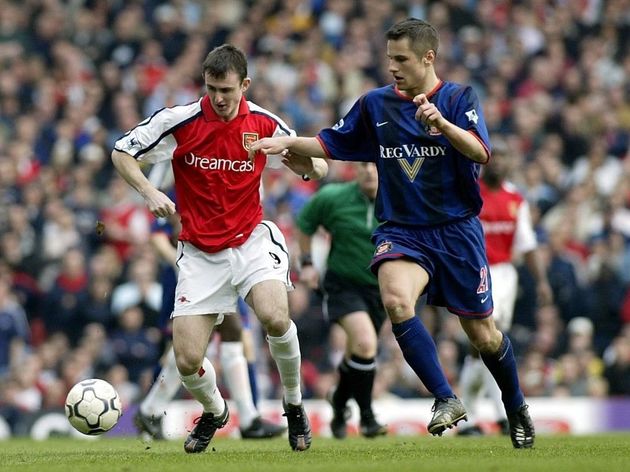 Described as a 'fox in the box' and the man destined to become a goal-scoring sensation at Highbury, Francis Jeffers turned out to be nothing short of a massive flop. Signed from Everton for a fee in the region of £8m in the summer of 2001, Jeffers managed to make just 39 appearances across a four-year spell, scoring eight times.

To be fair to the Englishman, competing with the likes of Thierry Henry, Dennis Bergkamp, Nwankwo Kanu and Sylvain Wiltord for a place in the starting eleven would have been tough doing, but even on his sporadic outings, the striker failed to live up to the hype. Costing £4m from ​La Liga side Sevilla, Squillaci was expected to bring in some much needed experience and cover for what was a youthful-looking defence at the time. The Frenchman ended up playing just 23 times in the league following his arrival in 2010, and never once looked at ease with the pace and intensity of Premier League football. The one man who could give Shkodran Mustafi a run for his money for being Arsenal's worst ever centre-back of the ​Premier League era, Igor Stepanovs is perhaps best (or worst) remembered for his disastrous performance in the 6-1 thrashing to Manchester United at Old Trafford in 2001. Such was the defender's display in that game that Red Devils striker Dwight Yorke supposedly asked Ray Parlour in bemusement at half-time: 'Where the hell did you get that centre-half from?' For Pascal Cygan to have played over 100 times for the Gunners during the early to mid 2000s was nothing short of miraculous. The Frenchman was absolutely destroyed by a 17-year-old Wayne Rooney at Highbury, and was always prone to lapses in concentration. He looked like a fish out of water even at centre-back, so it was no surprise that whenever he had to fill in at left-back that he didn't pull up any trees. 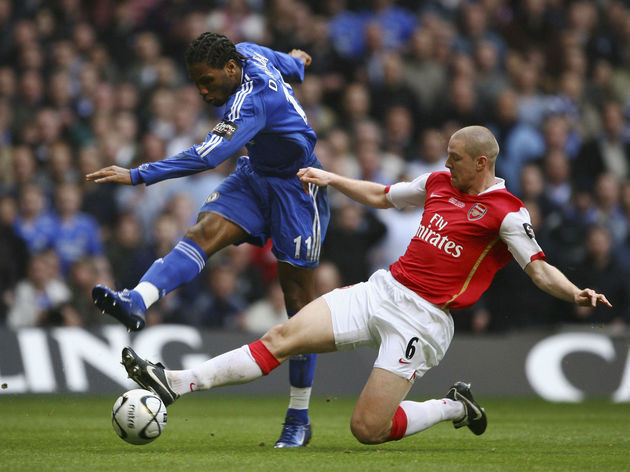 Another centre-back to make the cut on this list (how many is that now?), Senderos claimed he turned down a move to European giants Real Madrid in favour of joining Arsenal. Oh, how Gunners fans wished he didn't. The Switzerland international was a mainstay of the Gunners squad and played over 100 games for the club, but probably still has nightmares of facing Chelsea's Didier Drogba. Such was Senderos' fear of the Ivorian, former teammate William Gallas revealed that the centre-back would 'genuinely panic' before a clash against the Blues. When Eden Hazard describes Gervinho as one of the greatest players he has played with, you can't help but feel he's taking the mick. But in truth, when the pair were a devastating tandem at Lille, the Ivorian was just as effective and deadly as the Belgian. So when Wenger opened the chequebook to sign the winger, there was a definite sense of excitement. Unfortunately, Gervinho seemed to lose his confidence all too quickly, and managed just 11 goals in 69 games before leaving for AS Roma. Cousin of current President of Liberia and former World Player of the Year George Weah, Christopher Wreh sadly proved that family genes aren't everything when it comes to talent. Arriving in a £300k deal in 1997, Wreh did pick up a Premier League and FA Cup medal in his time at Highbury, but managed just three goals. Just what exactly did Denilson do? Was he a box to box midfielder, was he someone who would break the play, was he a playmaking genius? Suffice to say that neither the Brazilian knew, nor Arsene Wenger. Having joined as an exciting prospect from Sao Paulo, Denilson spent five years at the club, playing far more than he perhaps deserved to. Think Mohamed Elneny but without the work rate, the injury-hit midfielder never really seemed like a midfielder for a top four side.