The Reds went past the 200 milestone thanks to an impressive display in Belgium against Genk in October 2019. Sitting on 198 goals before the match, Alex Oxlade-Chamberlain’s 57th minute beauty with the outside of his boot bounced in off the woodwork, doubling Liverpool’s lead on the night and firing his side past the historic landmark.

They didn't stop there, netting twice more on the night - and in their victorious 2018/19 campaign, it was much of the same; with 25 goals helping them breeze through to an all-English final with Tottenham in Madrid, which Liverpool won 2-0. 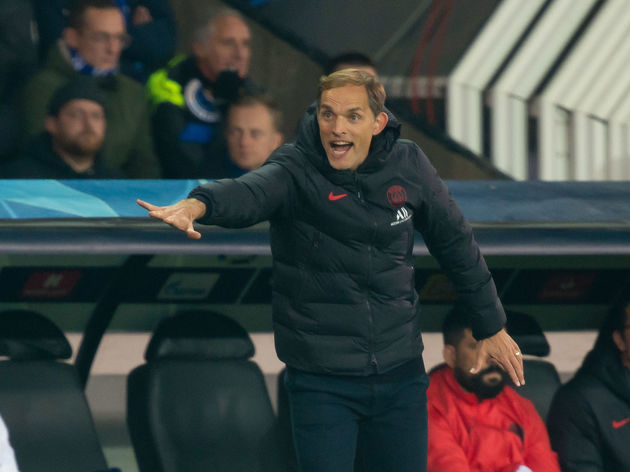 ​ a professional display against Club Brugge.

After suffering a shock defeat to Manchester United in the round of 16 stage the campaign previous, manager Thomas Tuchel will be hoping his side can finally break their European hoodoo - bringing an end a lengthy quest to conquer the continent's premier club competition. Olympique Lyonnais may not be the heaviest hitter in Europe, but they have shown time and again that they know how to get the job done on the grandest stage of all.

Led nowadays by the lethal duo of Memphis Depay and Moussa Dembele, they are a real force to be reckoned and have proven that they have sufficient firepower to score on a regular, consistent basis; evidenced by their 200+ strikes in the Champions League.

With seven Champions League titles to their name, Milan are one of the most successful sides in European history. However, it’s been a dark time for the Italian outfit over the last decade, with Milan only reaching the quarter-final stage once since they triumphed over Liverpool in 2007.

With former greats Filippo Inzaghi and Andriy Shevchenko scoring goals for fun, it's no surprise that I Rossoneri are among the elite goalscorers in Champions League history, with over 230 goals to their name. The 2003/04 ​Champions League season will be remembered by everyone associated with Porto forever, with Jose Mourinho’s touchline celebrating against Manchester United one of the more iconic moments en route to a surprise victory over Monaco in the final.

During that season, Porto scored 20 times - but have shown over the years that they are more than capable of this level, netting over 250 goals and counting. Chelsea's rise to European powerhouse was kick started by Roman Abramovich's takeover of the club in 2003. Just nine years later, they were champions of Europe - defeating Bayern Munich on penalties in their own backyard.

Current manager Frank Lampard scored 23 times in the competition during his time at the club, second only to Didier Drogba (36)​, and he'll be hoping to notch a few more in the coming years as the Blues reestablish themselves as a regular Champions League outfit. ​fans have been without Champions League football since the 2016/17 season, having previously enjoyed 20 consecutive seasons playing Europe's best under the guidance of Arsene Wenger.

They've had some momentous moments in that time, none more impressive than reaching the final in 2006 after a Thierry Henry-inspired win over Real Madrid at the Santiago Bernabeu. Goals have never been hard to come by, but 300 will have to wait for now until the Gunners can get themselves back among the elite. Two-time champions Juventus have fantastic European pedigree after years and years of dominating Serie A.

With all-time record scorer Cristiano Ronaldo now in their ranks, it's likely that La Vecchia Signora will continue scoring Champions League goals for fun - though they have a long way to go in order to overhaul Manchester United. Since Sir Alex Ferguson’s retirement in 2013, Manchester United have undergone a challenging transition to say the least.

The Red Devils remain the biggest club in the world, and it's easy to see why when you look over their Champions League history. Winners as recently as 1999 and 2008, thanks to heroics from Teddy Sheringham, Ole Gunnar Solskjaer and then Edwin van der Sar, they will forever be remembered for the attacking verve that bagged endless amounts of goals, particularly under Sir Alex.

Like Arsenal, though, much work needs to be done in order to regain lost momentum. There are few sides around the world who have been as dominating as Bundesliga champions ​Ba​yern Munich. ​Barcelona have won the Champions League an astonishing four times since Argentina maestro Lionel Messi arrived on the scene in 2004, but their European pedigree stretches much furhter back.

They have declined, by ordinary folk's standards, in recent times, failing to reinforce the superiority that Messi brings with his all around play. The Catalan giants did breach the 500-goal barrier against Liverpool in May 2019, though, but much work is to be done in order to catch their biggest rivals... Unsurprisingly, sitting in top spot is ​Real Madrid, who have won the Champions League a remarkable four times in the last six seasons.

Spearheaded by Cristiano Ronaldo, Los Blancos have enjoyed unparalleled dominance in recent years - and continue to score goal after goal after goal, even though the Portuguese superstar has now departed Madrid.

His 105 goals, scored after the departure of Raul, who nabbed 66 goals in the Champions League of his own, have fired Real well beyond the 500 barrier - seeing the Madrid based giants deservedly earn the accolade of greatest goalscorers in Champions League history.