​You've heard it all before. Arsenal have had a dire season, and there are 108 things wrong with the club that have culminated in them sitting tenth in the Premier League after 25 matches.

Countless reasons as to why they're embarking on such a miserable campaign have been coughed up, but there is no use crying over spilled milk, and instead Mikel Arteta needs to go about solving those issues if the Gunners are to salvage anything from this woeful excuse of a season.

Bleak is putting it nicely, as six (6) wins in the Premier League is an appalling return for a club of Arsenal's stature  - particularly when that has them level on points with ​Newcastle, one of the pre-season favourites to get relegated.

Coincidentally, it's Steve Bruce's side who are next up on the fixture list, and anything other than three points will prove the big strides Arsenal fans thought they were making under their new head coach were in fact more like minute shuffles.

With a 14-day break handing Arteta chance to drill his philosophy into his players, here's four things that need to be addressed over in Dubai ahead of the ​Premier League returning. 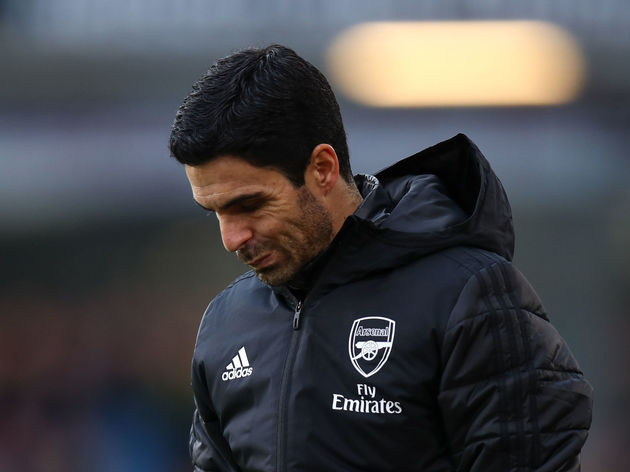 For all the doom and gloom surrounding the club at the moment, wording is key.

While four consecutive top flight draws is hardly inspiring, you can rephrase that and say ​Arsenal are unbeaten in all competitions in 2020. That makes for significantly improved reading, although it doesn't hide the fact that they have, yes, drawn four matches in a row against Crystal Palace, Sheffield United, Chelsea and Burnley.

Clearly Arteta's priority when he took the reins was to shore up the defence. Having the defenders act less like kamikaze pilots when playing out from the back and instructing the rest of the side to defend in a more compact and organised manner was PowerPoint slide number one.

It's worked. Prior to Arteta’s arrival, the Gunners shipped 18 goals in their previous nine games and lost four times. Since then, they’ve conceded just eight in nine matches, keeping two clean-sheets, and have fallen to defeat on just one solitary occasion. The improvement is vast, with Arsenal facing fewer shots per 90 minutes (12.4/4.1 on target) than they did under Unai Emery (16.7/5.8).

The emphasis on building a stronger defensive unit has been welcomed greatly by supporters, but at what cost?

As of yet, he's struggled to find the balance between defence and attack. Sacrificing potency in the final third for being harder to break down has, unsurprisingly, seen Arsenal become the division's draw specialists. Therefore, with Magpies coming to the capital next up, there must be more onus on hitting the back of the net.

In order to see that come to fruition, some decisions must be made.

Devise a Plan to Get Alexandre Lacazette Firing Again Arsenal's struggles in front of goal haven't been helped by the tactical alterations Arteta has implemented, but to suggest that their lack of goals rests entirely on the Spaniard's shoulders is unjust.

Loved for his work off the ball and for wearing his heart on his sleeve, the fact of the matter is, ​Alexandre Lacazette, at present, couldn't score in a month of Sundays (two months, to be exact).

His role of dropping deep to link up with the midfield, as well as furiously closing down defenders on the ball has seen him win over the Arsenal faithful. Yet, the club aren't scoring enough goals and the number nine tasked with doing so hasn't found the back of the net since the home defeat to Brighton on December 5. Coincidence? I think not.

Whether to stick it out with the Frenchman and hope he rediscovers his scoring touch or drop him in favour of others is something that needs dissecting and analysing over the winter break.

Moving ​Pierre-Emerick Aubameyang into his preferred role and flanking him with in-form Gabriel Martinelli and Nicolas Pepe either side will certainly be on Arteta's mind. Five goals in 18 Premier League outings is not sufficient enough, and it's something Arteta needs to seriously consider.

Work Out How to Get Mesut Ozil Back in Assist Mode Just like his French colleague, ​Mesut Ozil is not firing on all cylinders. In fact, he's barely firing on any, with stats that hardly cover the German in glory since being reinstated into the side under the new head coach.

He is yet to score or assist in the league under Arteta, and has just a solitary goal contribution throughout the whole season. However, this may seem somewhat unfair.

Ozil has arguably been one of the most improved players since the Spaniard took over, and while his stats don't cover him in glory, his work off the ball and his use of space on the pitch has been vastly improved. He knows how to create space for his teammates to make strides up the pitch with the ball, but nevertheless, zero goals or assists under the tutelage of his new boss is an exceedingly poor return.

As an attacking midfielder, there needs to be significant improvement in this regard. Dani Ceballos is waiting in the wings to reinvigorate his Arsenal career, and if offered the chance, will give his all to earn a regular starting berth. He's shown the desire and character already this season, and could offer a more attacking threat in the final third. 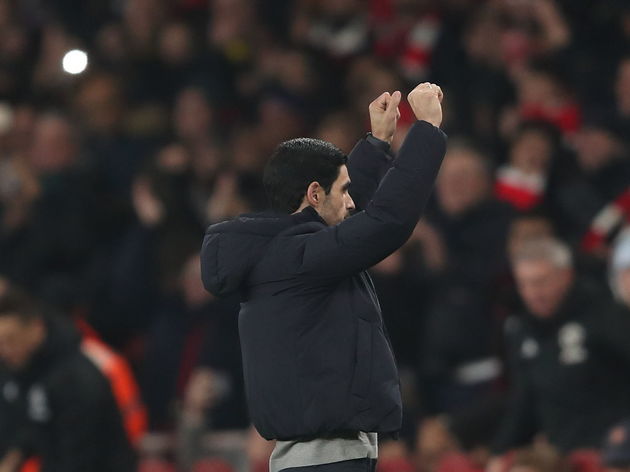 While we've already touched on the need to find a balance in their game and add two extra points on the board each week, the upcoming fixtures for Arsenal are ones they can really start building some momentum with.

Victory against the Magpies is paramount, but from there the club can really start getting a winning run going with some favourable matches. A two-legged tie against Olympiacos is no walkover, but the Europa League must be taken seriously this term as it is the club's only feasible route back into the ​Champions League. Three Premier League fixtures await after that at home to Everton, West Ham and away to Brighton, while an FA Cup tie at Portsmouth features following their European ventures.

Still unbeaten this decade, the club must go on a winning run to give them the impetus they need to resurrect their season with just 13 league games remaining.

They've lost the joint-second least matches of all the sides in the top flight this season, and there is renewed confidence in the side with the drastic changes Arteta is making both on and off the pitch.

All that remains is to start getting some wins on the board. Do that, and this diabolical season can be (somewhat) saved. An expected squad overhaul is to occur in the summer, but with momentum heading into it that, this reshuffle could eventually look more progressive than desperate.