After their opening day defeat whats next for Arsenal 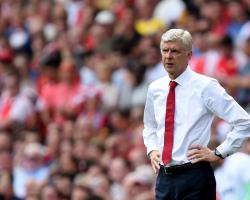 On Sunday 9th August 2015, Arsenal faced West Ham in the opening game of the season

I visited the Emirates to support the home side Arsenal

Also, Petr Cech had a horrendous game with two of his mistakes leading to two goals, which lead Arsenal losing the game.

So, whatÃâs next for Arsenal? There is still more than half of a month until Deadline Day

In my opinion, Karim Benzema would be the best player to buy

All the chances Giroud had on Sunday; Benzema would have tucked them in

This is exactly the same situation as Alexis Sanchez, outshined by Lionel Messi and Neymar and joins Arsenal to become one of the stars in the Premier League

Karim Benzema would be a perfect fit with Mesut Ozil, Alexis Sanchez and Theo Walcott

If Benzema joins Arsenal, it will give Arsenal a unique attacking threat

I honestly think that if Arsene Wenger does the business, Arsenal will win the Premier League and go far in the UEFA Champions League.