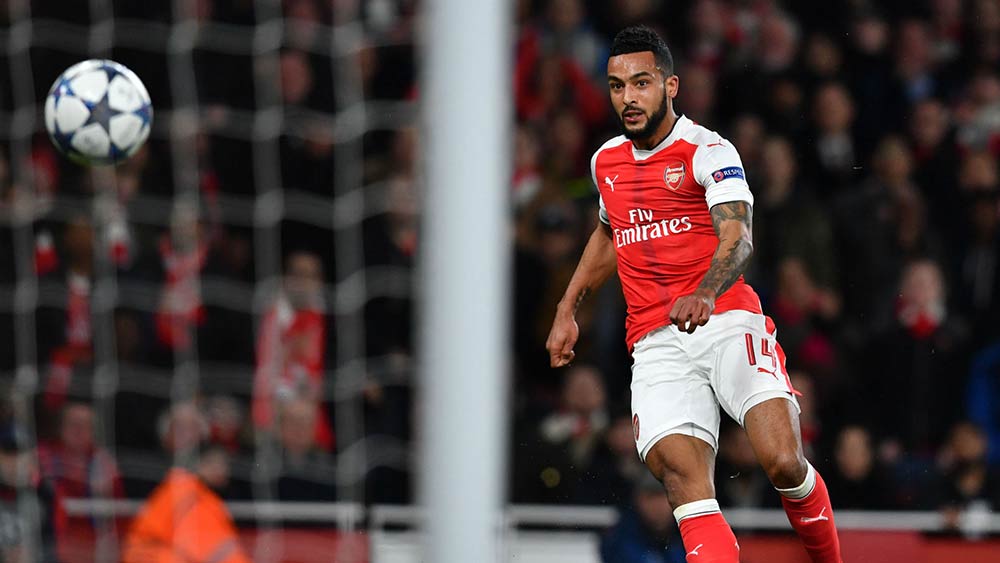 Man of the Match: Theo Walcott. Theo scored our only goal and probably could have scored a couple more. He looked sharp most of the night and played with some tenacity.

The Weak Link: The Arsenal DNA. Arsenal are unable to resist the impulse to attack and the team probably should’ve thrown in the towel after Bayern’s second by bringing on their defensive subs (Gabriel, Gibbs, and Coquelin). Instead they still attacked and the match became ugly.

The Referee: Anastasios Sidiropoulous  2. The major decision was the sending off of Koscielny. Should he have been sent off? It was a foul, a yellow card had been shown, a penalty given … the red just turned out to be too much. You can debate whether he impeded a goal scoring opportunity but you cannot dispute that it killed the match (unless you were a Bayern fan).  To make matters worse, Lewandowski was offside at the start of the move, so the officials missed that. The last goal looked offside as well. While the referee flashed the cards for Koscielny’s challenge, he ignored the robust studs high challenge by Vidal in the first half. Had it been Xhaka, I’m sure he would’ve been carded.

The Manager: 5. I actually have sympathy for Arsene Wenger. The team he put out played very well until the red card. The dilemma he faced was to either concede defeat and bring on defensive subs or to continue to try and win the match. Had he chosen to play defensively he would’ve been criticized. He continued to play for the win and things fell apart. Probably after the second goal he should’ve conceded defeat, but the team continued to attack and continued to make mistakes.

The Verdict: Not a pretty sight. This loss was a little more understandable given we were playing down a man, but the comedy of errors was disconcerting. The team needs to get their act together and use the Lincoln match to get some confidence back.

Ospina  7:  He made a great save off Lewandowski and a couple of other decent saves. However, his poor clearance laid the table for the second killer goal.

Bellerin 7:  He made a number of marauding runs down the flank and probably should’ve done better with his crosses. The most promising one ended up being either a cross or shot at Neuer’s feet.

Mustafi  5: He was having a decent match until the red card and then he was struggling. His poor pass set up one of Bayern’s late goals.

Kocielny 6:  It was not a good challenge on Lewandowski, who embellished the contact. While Koscielny was one the field in the two matches the aggregate score was 2-1, when off 0-9!

Monreal  5: Struggled to contain Robben and Rafinha all night. To be fair Alexis failed to help out on a number of occasions.

Xhaka  6:  A better performance than his recent outings, but should’ve hung back more in the late stages.

Oxlade-Chamberlain  7: Another good performance by Alex. He is making a strong case for continuing to start in the middle.

Ramsey  6:  A surprisingly good showing from Aaron, making his first appearance in a long time. He did look a little rusty at times, but he worked hard and was a threat once or twice.

Walcott 7:  He scored a great goal, smashing it past Neuer. It was a pity he didn’t replicate that minutes later when he shot just wide. He kept Alaba on his toes and he even earned a yellow card for retaliating after Alaba fouled him out of bounds.

Giroud 5: A late replacement for Welbeck and ended up missing chances which could’ve changed the outcome of the match. He missed a difficult header in the first half, but he should’ve scored in the second half, when he headed just wide, Neuer stranded to the spot.

Sanchez 5:  The Good, the bad and the ugly. The good included some lovely runs, some good crossfield passes, and someone who looked motivated. The bad was the lack of defensive help he gave to Monreal. The ugly was losing the ball in our box and gifting Bayern their second and decisive goal.

Ozil  n/a: No real impact on the match.