​Arsenal are 'keeping tabs' on Real Madrid youngster Cesar Gelabert, but they face competition from the likes of Borussia Dortmund and Lyon for his signature.

Cesar is yet to make his first-team debut for Los Blancos, but he is regarded as one of their finest young talents. However, the 19-year-old's contract is due to expire in the summer of 2021 and, as a result, several clubs have begun to show an interest.

​AS report that Arsenal, Borussia Dortmund and Lyon are the three clubs most interested in signing the versatile forward. Ligue 1 outfit Lyon have actually made a move for the teenager, but Real have turned down their offer as they are said to see him as a 'future star' in their team.

​Arsenal boss Mikel Arteta is said to be 'on the hunt' for the Madrid man, having already watched him play in person. The report claims that Arteta actually saw Cesar in action back in 2017, when Real Madrid's Under-19 side participated in the UEFA Youth League tournament.

During the competition, the now-Gunners boss saw Madrid's youngsters play against Chelsea and Tottenham's youth teams, with Cesar scoring against Spurs - a game that ended 3-2 to the north Londoners. The Spaniard scored the opening goal from outside the area before Japhet Tanganga equalised just seven minutes later. 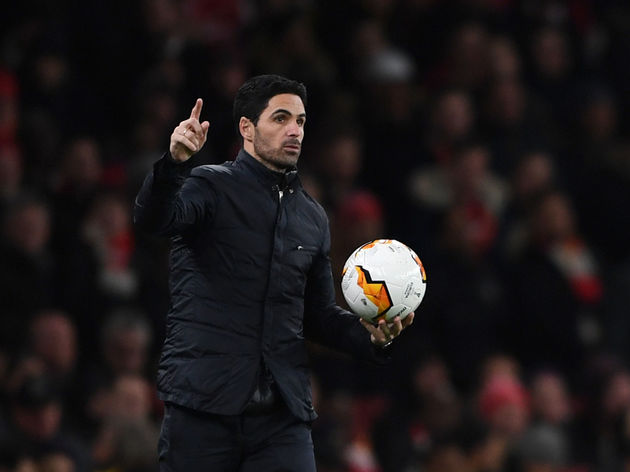 As a result of what he saw back then, Arteta is keen to bring him to the Emirates now that he has the power to do so. However, ​Dortmund are also keeping a close eye on his situation, and the report alludes to the fact that the UEFA Youth League is where the Bundesliga outfit 'fell in love' with Jadon Sancho and Alexander Isak, who is now starring for Real Sociedad.

Real rate Cesar very highly and will not want to part ways with him, but with the youngster soon entering the final year of his contract, interest in him is only going to continue increasing.