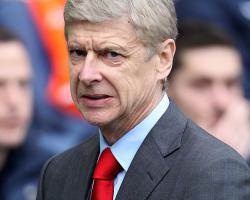 football.co.uk/match_reports/arsenal_coventry_3696913-9.shtml">Arsenal --- Coventry: Match Report - view commentary, squad, and statistics of the game as it happened.

England finally beat Australia on their troubled tour Down Under following a 57-run win in the fourth one-day international in Perth.


After Alastair Cook revealed he was "desperate" to remain as captain before play, his side delivered a much-welcomed success which also ensured a record-equalling 10th consecutive loss was avoided.


Australia had inflicted all nine defeats in that run - dating back to last summer and including the Ashes whitewash - and had not lost to England at the WACA Ground in any format since New Year's Day 1987.


Yet despite the odds, England found a way to break a miserable duck stretching back to the first Test - which started on November 21.


Man-of-the-match Ben Stokes led the way with 70 and four wickets for 39 runs on the same ground he hit his maiden century earlier in the tour.


Jos Buttler's 71 from 43 balls, after half-centuries from Ian Bell (55) and Stokes, paved the way for a total of 316 for eight - England's second-highest score on Australian soil.


That hardly confirmed success, however, after Australia had passed 300 in six of the past eight completed matches - including their dramatic one-wicket win in Brisbane seven days ago.


Aaron Finch made sure England were made to sweat as he hit 108 from 111 balls but Stokes - targeted in that Gabba defeat - earned a measure of revenge as Australia were bowled out for 259 from 47.4 overs.


The 22-year-old could find himself in hot water, though, after umpire Kumar Dharmasena was forced to speak with him after he directed some 'verbals' at James Faulkner following his dismissal.


At the toss Cook revealed his desire to remain on as England captain, five days after suggesting he would consider his future in the wake of the series-conceding defeat in Sydney.


"That was quite an emotional time, obviously we'd just lost another game," Cook said.


After his unchanged team was then sent in by stand-in Australia captain George Bailey, Cook - with 44 - teamed with Bell to get England off to their best start of the series, taking 73 from the first 10 overs.


Three half-century stands at the top of the innings proved a platform for a healthy score, ballooned further by a 71-run stand from 51 deliveries between Buttler and Eoin Morgan, who made a run-a-ball 33.


Australia's Ashes hero Mitchell Johnson was not immune from the damage, conceding 72 without taking a wicket from his 10 overs.


Australia did not help their cause with 16 wides with Faulkner, who took four for 67, the pick of the bowlers after he removed Buttler and Tim Bresnan from consecutive balls in the final over.


Finch immediately got Australia's long-haul pursuit up and running with six boundaries in the first six overs, before first-change Bresnan struck with his fifth ball.


Bell held on to a two-handed diving catch at second slip after Shaun Marsh's glide was just too close to the cordon.


Finch upped the tempo and hit Bresnan for two straight sixes before repeating the dose in the same James Tredwell over.


Matthew Wade was far less fluent, taking 42 balls for his 23, before pushing Ravi Bopara to Cook at mid-on.


Finch powered on towards his second century of the series, but England managed to find wickets at just the right times.


Bailey was caught down the leg-side after Stokes correctly called for a review before Stuart Broad found a faint edge as Steve Smith pushed forward.


Finch brought up his third ODI century from 97 balls but when Australia took the powerplay he steered Bresnan to third man.


Stokes found another edge when Glenn Maxwell swung hard to bring out Faulkner, Australia's hero in Brisbane, with nine-and-a-half runs an over needed from the final 10 overs.


But it was Stokes who had the last laugh this time - too heartily for Dharmasena - as he prised out Faulkner after he had made two to effectively seal a long-awaited success.


England's celebrations suffered a couple of false starts, with Stokes spilling a simple chance and Gary Ballance failing to reach a skied ball, before Buttler held onto his fifth catch when James Pattinson top-edged Bresnan.