Arsenal Given Go-Ahead to Sign Long-Term Target Christopher Nkunku From PSG for Â£17.2m

​Arsenal are set to sign Paris Saint-Germain midfielder Christopher Nkunku for £17.2m after failing with a bid for the youngster in January.

The 21-year-old has just a year remaining on his current contract at the Parc des Princes after delaying negotiations regarding an extension. With a mere 13 league starts this campaign, Nkunku has become disillusioned with his role at the French club and could jump ship to link up with Unai Emery, the man who brought him through the ranks at the Ligue 1 champions. The starlet is believed to have a strong bond with the ​Gunners coach, whilst his relationship with PSG boss Thomas Tuchel ​has turned sour in recent months. With Emery restricted to a £40m transfer budget this summer he is searching for bargains like this deal for Nkunku.

​The Sun report that the Spaniard will land his man after being given the green light to proceed with a move for the France Under-21 international, his current employers having resigned themselves to losing the youngster.

The​ Premier League outfit made an approach for Nkunku over the winter but had their offer of a loan rejected. The Parisians were reluctant to part company at the time as they still held out hope of getting him to put pen to paper on a long-term contract.

Arsenal then sent scouts to watch the midfielder play, including when his side hammered Dijon 4-0 in early March. Unfortunately for Nkunku, he missed the crucial penalty in PSG's shoot-out loss to Rennes in the Coupe de France final this weekend. 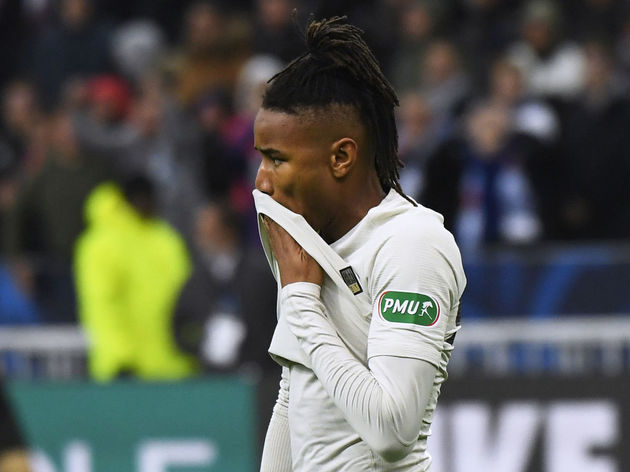 He is not the only man on Emery''s radar, with cut-price deals also being lined up for Eric Bailly of ​Manchester United and Sampdoria's Dennis Praet. However, the manager may have to sell to raise more funds, with a total of five players thought to be interesting the former Sevilla boss.