​Arsenal are the latest side to express an interest in Eintracht Frankfurt wonderkid Luka Jovic, who has excelled in the Bundesliga whilst on loan from Benfica.

The 21-year-old has racked up an incredible 21 goals and seven assists in 32 appearances this season, reportedly catching the attention of Real Madrid and Barcelona.

Frankfurt have the option to sign Jovic permanently at the end of the season, and it is widely expected that they will do so, before selling him for a substantial profit. According to ​Marca, ​Arsenal have joined the race for the Serbian international's signature.

Manager Unai Emery is said to be looking to add a new striker to the team to rival current first-team stars ​Pierre-Emerick Aubameyang and ​Alexandre Lacazette. The Gunners will likely have an opening in their squad, with Danny Welbeck set to leave the club at the end of the season when his contract expires.

Frankfurt director ​Fredi Bobic has claimed that the club are waiting for 'big offers' for Jovic, which is not expected to be a problem for the ​La Liga sides, who have both proven to be willing to spend heavily to bolster their squad. 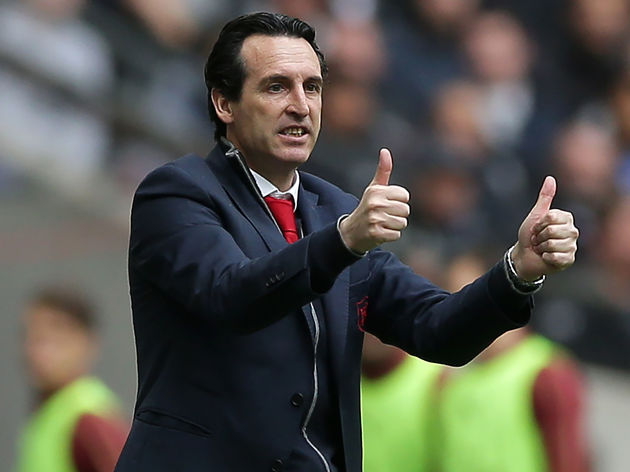 However, there are doubts as to whether Arsenal will be able to compete financially with ​Real and ​Barcelona. A lack of transfer funds gave the Gunners problems in January, with Emery forced to look for loan signings to bolster his squad.

With the likes of Welbeck and ​Aaron Ramsey leaving the club for free, there will be no immediate influx of funds raised through sales, which could leave Arsenal trailing behind the competition in the race for Jovic. The likes of ​Bayern Munich, ​Manchester City and ​Chelsea are all thought to be keen on signing the Serb, who has emerged as one of Europe's hottest goalscoring prospects.

With Frankfurt's option to sign Jovic believed to stand at around €7m, the ​Bundesliga side look set to make a sizeable profit on the youngster's services, and the battle for Jovic will likely be one of the biggest transfer sagas of the summer.