​Arsenal legend Martin Keown has suggested that Denis Suarez’s arrival at the Emirates in January could spell bad news for Granit Xhaka’s place in the team.

Suarez completed a temporary switch from Barcelona to north London on deadline day, sparking questions marks over which position the Spaniard will fill in Unai Emery’s setup.

The 25-year-old can play on either wing, but former Gunners defender Keown believes it is Suarez’s ability to play in central midfield which poses a threat to Xhaka. Via ​Metro, Keown said: “The arrival of Denis Suarez at ​Arsenal puts pressure on Granit Xhaka.

“Unai Emery is not going to drop Lucas Torreira, and Matteo Guendouzi has showed promise. I am surprised Emery did not prioritise signing a defender but this move clearly suggests that he wants to improve Arsenal’s ability to control games in midfield.”

The Gunners head coach said of his new signing, via the ​Mirror: "Denis is coming here because we have a lot of problems with the winger. That is the reason. He can play right, left and he can play inside like a 10 player. I will use him in all positions."

Emery generally utilised Suarez in wide areas when the Spaniard previously managed his compatriot during their time with La Liga side Sevilla. However, Arsenal's new signing has predominantly been used in more central areas by parent club ​Barcelona.

Suarez has been one of a number of midfield players tasked with filling the creative midfield voids vacated by club icons Xavi and Andres Iniesta at the Camp Nou, though the summer arrivals of Arthur and Arturo Vidal had seen Suarez's game time limited in Catalonia. 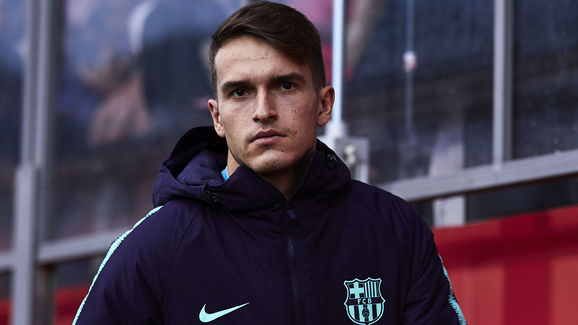 The Spaniard's versatility was clearly the main quality which persuaded Emery to reunite with his former player in bringing him to the Emirates for the remainder of the season, and Suarez could make his Gunners debut against former club Manchester City in the Premier League on Sunday.