​Arsenal invincible Robert Pires has admitted he is sad that Aaron Ramsey will be leaving the club at the end of the season.

The Gunners decided to break off new contract negotiations with the Welshman towards the back end of last year, with the 28-year-old subsequently agreeing to join Serie A giants Juventus on a four-year deal at the end of the season - worth a reported £400,000 per week.

Despite his imminent departure, Pires still hopes to see Ramsey play a key role in Unai Emery's team between now and the end of the season. The Gunners are bidding to finish in the top four once more as they aim to secure Champions League football next season.

Aaron Ramsey's summer move to Juventus has been confirmed, with the midfielder saying he leaves Arsenal with a "heavy heart": https://t.co/hsIPmKS7ij pic.twitter.com/eIYhArkXar

Bwin News - has revealed his hope that Ramsey helps the club achieves their goals, before receiving a well deserved send off.

"I’m upset that Ramsey is leaving Arsenal and it’s a shame the player and Arsenal couldn’t come to an agreement as he will be missed," Pires began.

"I think Ramsey has been excellent for Arsenal and I would be surprised if he wasn’t given a warm send-off from the fans and club." 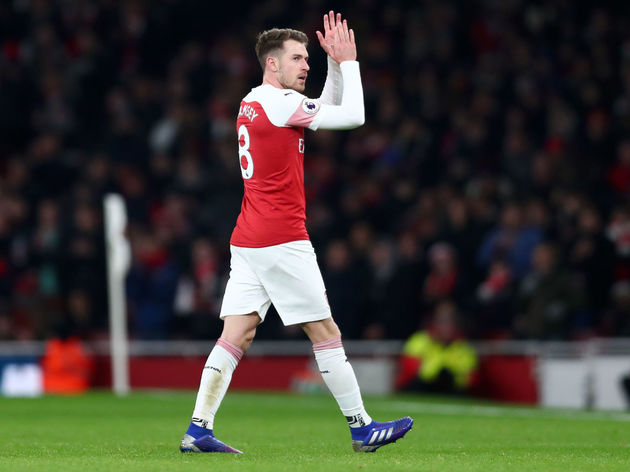 The Frenchman continued by conceding that Arsenal wanted to agree a deal with the midfielder and had the financial power to do so, but it went against the club's style.