The pressure on Emery has grown in recent weeks and it has now intensified further after the Gunners were beaten by Sheffield United on Monday night, leaving them in fifth in the Premier League, two points outside of the top four and already ten points behind leaders Liverpool after just nine Premier League games.

Whilst the home form under Emery has been good since his arrival in the summer of 2018, many ​Arsenal fans are concerned that little has changed from the last years of Arsene Wenger’s tenure, with the club still struggling to pick up results away from home. In their last ten Premier League away games they’ve picked up just eleven points and overall, have only kept two clean sheets in the 24 Premier League away games Emery has taken charge of. 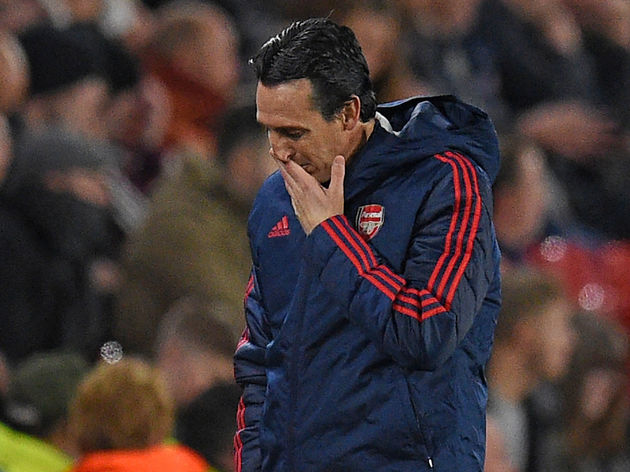 Whilst there is little indication that the Arsenal board don't back the former Sevilla manager more time, there is speculation as to whether contingency plans have been made.

In a Q&A with ​The Athletic journalist and Arsenal oracle David Ornstein earlier this month, it was suggested that Ljungberg is the next in line to the hot seat.

Ornstein said: “Freddie is highly-rated by the players and staff.

“And the logical feeling is he would take temporary charge if anything happened with Emery. “He has 'number one' ambitions of his own and won't hang around somewhere for too long if he doesn't think the opportunity will come.”

Ljungberg enjoyed a successful playing career with Arsenal, winning the​ Premier League three times and the FA Cup twice, as well as being part of the 'Invincibles' side of the 2003/04 season.

The Swede would be a popular choice amongst the players, with teenager Bukayo Saka praising the former midfielder recently. Saka said: “It helps me so much having Freddie on the training pitch. Sometimes when the manager is trying to communicate with me, I don’t understand what he is saying and Freddie speaks better English.

“Freddie has been a player at this level before and a very good one. He played in the same position as me on the left wing and he’s been a big part in my progress.

“I couldn’t ask for much more than to have an Arsenal legend giving me advice every day.”