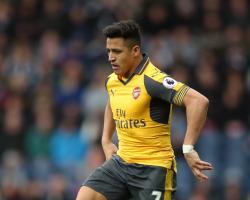 Chile forward Sanchez's future at the Emirates Stadium is in doubt as his current contract expires in the summer of 2018.

Chelsea are among those linked with making a move this summer for Sanchez, who Campbell believes could have played alongside him in the Arsenal team which completed the 2003-04 season undefeated.

"I think that for me they need more players like that on the pitch.

"Sanchez would easily play in our (Invincibles) side.

If you want to win things, you've got to have more guys like that."

Arsenal are sixth in the Premier League, 19 points behind leaders Chelsea, ahead of this weekend's resumption following the international break.

The prospect of a Sanchez move to Stamford Bridge could be more likely if Real Madrid's perennial interest in Eden Hazard materialises.