Liverpool, Tottenham and Bournemouth are the Premier League sides who have reversed their decision to make of use of the government’s Job Retention Scheme under public pressure, having all initially planned to claim 80% of some non-playing wages from the taxpayer’s purse. 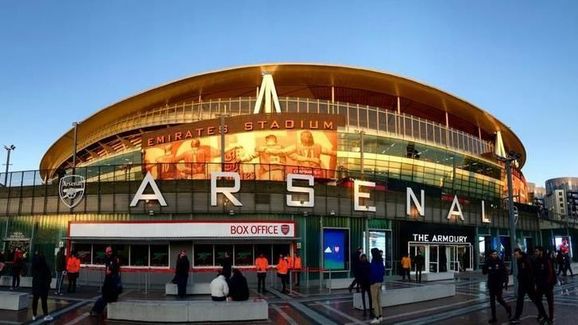 In a public statement, Arsenal have laid out their intention not to go down that furlough route. The Gunners have made it clear to employees they are not considering any redundancies and that jobs, pay and wellbeing will be protected, with all employees to continue receiving full salary.

The club had previously committed to continue paying casual matchday staff for games they would have otherwise worked on until the end of April. That has now been extended to the end of May.

Arsenal have also explained that the company which owns the club, Kroenke Sports & Entertainment, is ‘fully committed to supporting Arsenal’ in these difficult times.

The club is carefully controlling costs and strictly monitoring operational expenditure, with the executive team running Arsenal already volunteering to waive 33% of their salaries for a year. As for the players, this week the squad voted down a proposal from the club to cut wages by 12.5%. Players at all clubs have been advised by the PFA to negotiate deferrals rather than cuts, while it has been reported that none of Arsenal’s senior players were in favour of the deal.

There are said to have been concerns and scepticism within the squad, with players seeking assurances that funds would go towards protecting other staff. It may be that the commitments to staff Arsenal have outlined in their statement addresses that.

Arsenal explained that talks with players surrounding ‘potential financial challenges’ began over a week ago and are continuing. The Gunners have described these talks as ‘productive and ongoing conversations around how our players might support their club in an appropriate way’. Where fans are concerned, Arsenal have explained that all tickets for postponed games will be valid for dates when those games are re-arranged. In the likely event that remaining games are played behind closed doors, all tickets, whether as part of a season ticket or bought on an individual basis, can either be exchanged for credit next season or a refund.